Huawei seems to be getting ready to begin rolling out Android 9 Pie update to the budget-centric Huawei P Smart.

The P Smart was launched in December 2017 and comes preinstalled with Android 8.0 Oreo, meaning it has Project Treble support out of the box. While we were certain the device will get an update to Android Pie, we didn’t see it coming this soon.

In fact, an update to Pie was expected somewhere in Q2 or even Q3 2019 considering the sheer number of devices Huawei has to update to the new OS. However, the phone has just been spotted on Geekbench running the latest and greatest from Google. 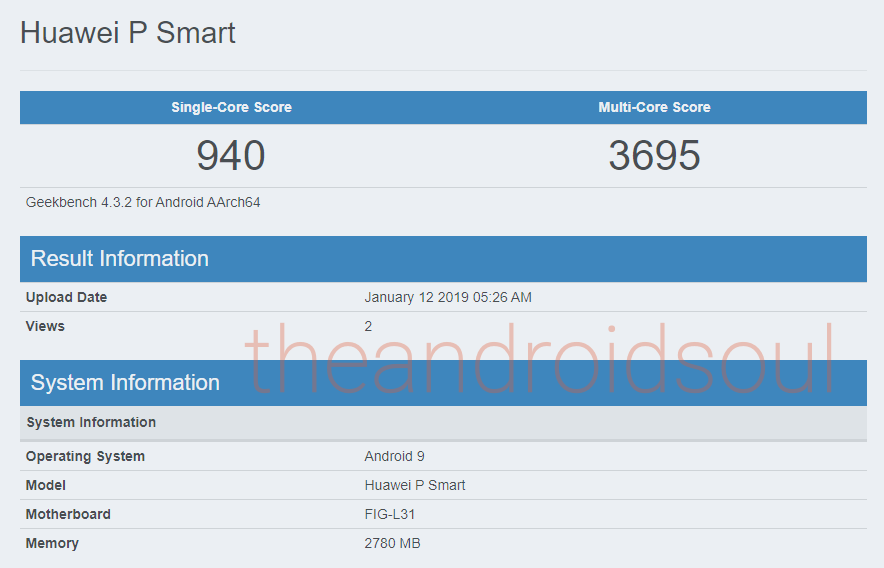 It’s worth noting that Geekbench isn’t to be fully trusted, but if this is true, then it means Huawei is already testing Pie on the P Smart. This comes about three weeks following the release of EMUI 9.0 beta for the Huawei Nova 3i, a device that is also known as Huawei P Smart+.

Testing an OS can take weeks, which means you shouldn’t get too excited in regards to the software’s availability. If anything, we won’t be surprised if our earlier prediction of a Q2 release date materializes, but it may happen a bit earlier in the said quarter, if not late Q1 2019.

We will keep an eye on the developments and update you when we get hold of something new. For now, all you can do is amp your optimism.