Huawei is the second leading Android smartphone vendor in the world and it’s mainly because of the sheer number of devices it churns out every year.

The P series is one of the company’s popular family of smartphones and late last year, it got a new line of devices dubbed Smart, with the first member christened Huawei P Smart. Huawei then followed it up with the launch of the P Smart+ in August 2018, a device that goes by the name Nova 3i in some markets like India and Australia.

With a year down the line since the debut of the P Smart series, tradition dictates that it’s time the OG P Smart gets a successor, the Huawei P Smart 2019. Well, technically, the phone is among us, only waiting for Huawei to announce official pricing and availability details.

So, let’s see what we have in the Huawei P Smart 2019, beginning with specs.

Looking at the design, specs, and features of the Huawei P Smart 2019, it is more of the same device as the Honor 10 Lite, but with a few tweaks here and there. In fact, the only notable difference is the design of the rear cameras, where the two lenses are in one frame on the P Smart 2019 and each is on its own with respect to the Honor 10 Lite.

The Huawei P Smart 2019 is a significant upgrade over its predecessor in terms of both specs and features. The phone packs a much bigger 6.21-inch panel with a notch, a departure from the outgoing notch-less panel. The processor under the hood is also getting a bump to the latest midrange chipset from the company, the Kirin 710.

The Honor 10 Lite has multiple memory options, but the Huawei P Smart 2019 only gets a 3/64GB combo, although we wouldn’t be surprised if more variants show up at launch. Compared to the 2018 edition, the same dual-lens package of 13MP + 2MP has been retained on the back of the 2019 edition and so is the 8MP selfie shooter, but this time you get PDAF on the main shooter.

The outgoing Huawei P Smart had a 3000mAh battery unit, which has been upgraded to 3400mAh on the P Smart 2019 edition. To reduce the time it takes to fill up the bigger battery, you get support for 5V/2A 10W charging technology that delivers the maximum amount any non-fast charging charger can manage.

In terms of software, the Huawei P Smart 2019 runs Android 9 Pie with EMUI 9.0 on top out of the box. The phone also comes with extras such as Bluetooth 4.2, microUSB port for data transfer and charging, 3.5mm audio jack, NFC, FM radio, a rear-mounted fingerprint scanner and possibly face unlock for facial authentication purposes, among others. 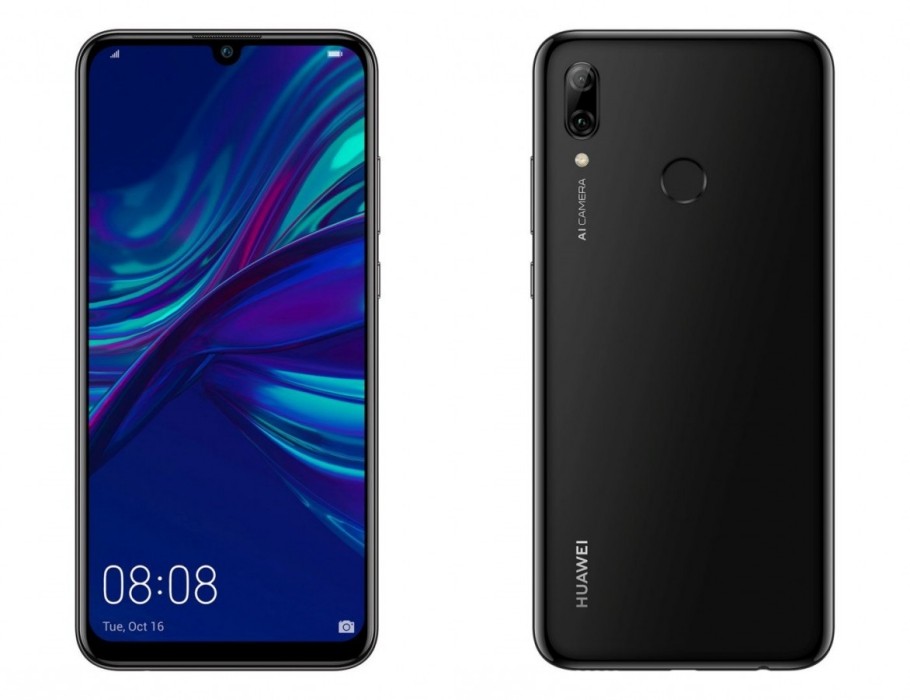 A French retailer, Boulanger, recently listed the Huawei P Smart 2019 for sale, but later took down the page. Of course, plenty of publications had already captured this info before the page went offline and if the details in the post are anything to go by, we can say we do have the price info of the phone.

Apparently, the Huawei P Smart 2019 will retail at €250 in Europe, with availability expected beginning January 2nd. The phone will be sold in Black and Aurora Blue color options. Still, keep in mind that the page has been taken down, which could mean anything, including that the info provided wasn’t accurate.

We will update this post with official information when the phone is announced, probably before the end of 2018.