Twitter Spaces is the newest and arguably the most exciting feature to roll out of the social networking giant’s mind factory. It allows Twitteratis to host talk-shows and audio-only discussions, share the insights with millions of Twitter users across the planet. All you need is 600 followers and you’re good to go.

The beauty of Twitter Spaces isn’t restricted to hosting. It’s about reaching out to the millions of ‘Listeners’ who get to tune into the sessions and react with emojis. So, even if you don’t meet the prerequisite, don’t be shy to tune into a season and listen to what the industry leaders are saying.

Below, we’ll take a look at joining a Space as a listener.

Related: How To Join a Space on Twitter as a Speaker or Listener

How many listeners can join a Space at once?

As per Twitter, all Space sessions are public. Anyone on Twitter can find them and listen in, no limit imposed. However, if you wish to be a Speaker, you must make sure there’s a slot available for you. A maximum of 12 Speakers — including the host — can feature at once.

Related: How to Make a Twitter Space on Android and iPhone

You can join a Space both as a ‘Speaker’ or a ‘Listener.’ A ‘Listener,’ of course, doesn’t have the permission to speak in a session. They can only react using emojis and let the contributors know about their feelings. They can also request to speak, but it’s completely up to the host whether they want to fulfill the request or not. Below are the top four ways of joining a Twitter Space as a listener.

When a person you follow starts or joins a Space session as a speaker, the Fleets section at the top of your screen would get populated with a purple Space bubble. When multiple speakers are aboard, you’ll see two or more profile pictures inside the bubble. To listen in, all you have to do is tap on the bubble.

On the next page, tap on ‘Join this space’ and, you’ll be added as a listener by default. 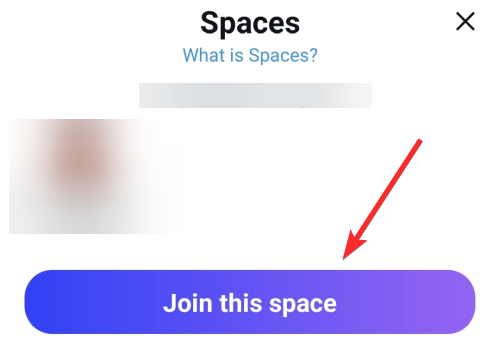 In some cases, the host might give speaking rights to all joiners — up to 12 speakers at a time. If you get to be one of the lucky few, you’ll see your microphone muted at the bottom-left corner of your screen.

For ease of access and higher reach, some hosts choose to share their Spaces as a separate Tweet. The Spaces UI itself facilitates that. So, if a person you follow shares their Space as a Tweet, you’ll be able to join in immediately with a single tap. After locating the Tweet, simply hit the ‘Start Listening’ button. 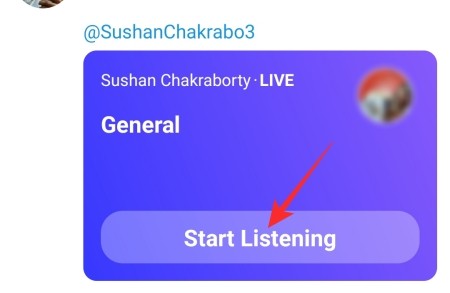 You’ll be taken to the Space right away.

The host of the meeting — or any participant for that matter — has the option of sharing the Space link, either via a direct message or by copying the link and sending it through any other service. If the link is sent through Twitter itself, you’ll have the option to start listening from the inbox itself. Simply tap on ‘Start listening’ to get in. 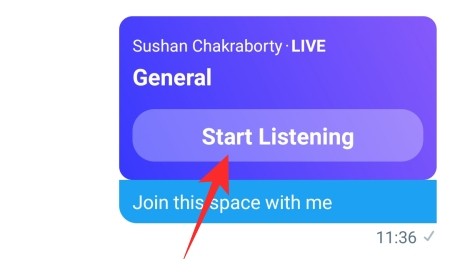 Else, on any other platform, first, click on the link. 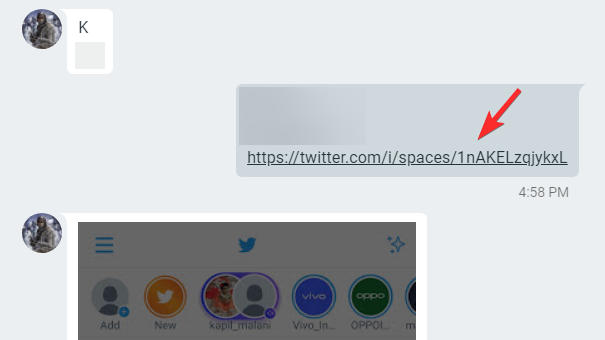 Then, Twitter will ask for your confirmation. Tap on ‘Join this space’ to confirm. 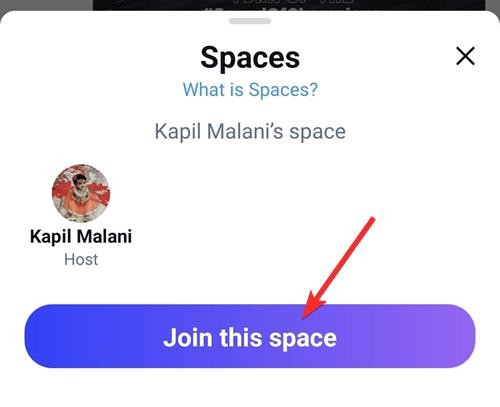 In some cases, the host of a Space session might invite you as a Speaker. However, that doesn’t mean you cannot join as a Listener from the same invite link.  After tapping on ‘Join this space,’ take the role of a ‘Listener’ instead of ‘Speaker.’ That’s it! 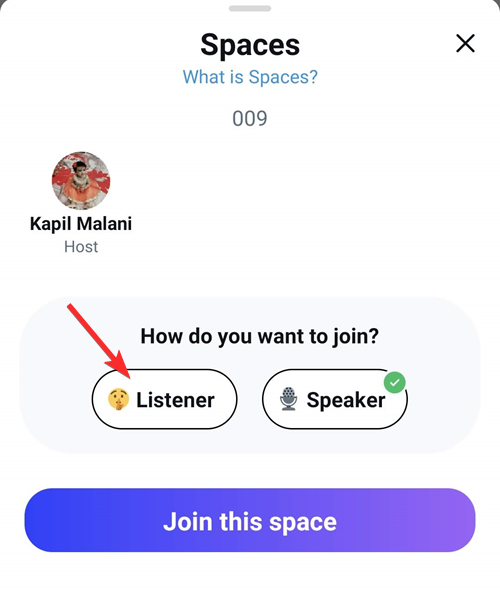 Some Twitter users might see a purple border around a couple of profiles 0n their newsfeed. It simply means they are actively participating — either hosting or speaking — in a Space. If you want to join the Space, all you have to do is tap on the glowing bubble. 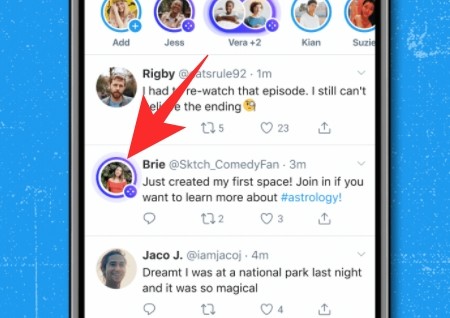 Then, on the next screen, hit ‘Join this space’ to enter the session.

How to react to the Space you’re listening to

A Listener of a Space session doesn’t have permission to speak and disrupt the conversation that’s being had. What they can do is react using emojis and let the panelists know that they are not silent spectators.

Reacting with emojis isn’t a complicated task once you get admitted to a session. First, tap on the little love-emoji button at the bottom-right hand side. 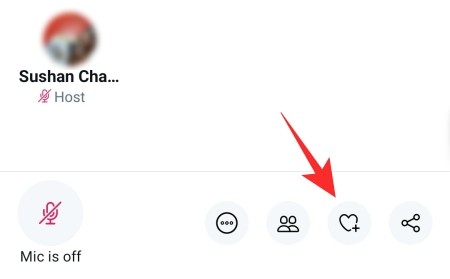 Now, take your pick from the six emojis displayed right in front of you. 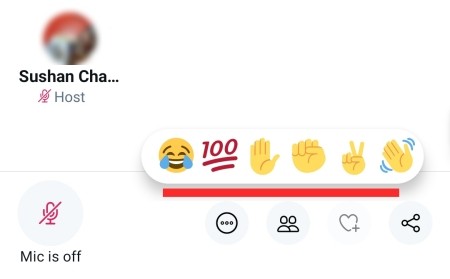 Even if you join as a listener, you have the tools — emojis — to rile people up. If you successfully manage to rile up the host of a Space, they might go as far as blocking you. This would not only throw you out of the Space, but also make sure that you don’t see each other on Twitter anymore. So, if you find yourself getting thrown out of a Space, be sure to look up the host’s profile. If you can’t view their tweets then it means they have blocked you which is why you can’t listen to their Space.

How to leave a Space

Done listening to the Space? You can very easily leave one and hop over to the next. To exit a Space, simply hit the ‘Leave’ button at the top-right corner of the Space screen. 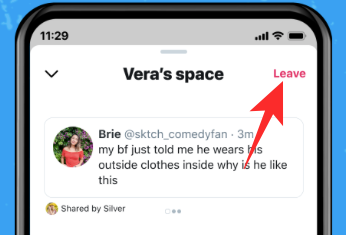