How To Create A Snapchat Shortcut For A Group Of People? Quickly Send Snaps To Keep Streaks Continued Easily.

Snapchat is a great app to keep in touch with friends. Its disappearing media concept was revolutionary and is still very much in practice. In fact, other apps have even caught on to the concept. Snapchat is constantly being updated to include cool features like Minis, and games. In this article, we will cover how to create and customize shortcuts on Snapchat.

What is Snapchat Shortcuts?

Snapchat has finally introduced an option to create shortcuts within the app. If you remember the owl Snapchat widget, it works kinda similar. However, the widget was discontinued to the annoyance of many a user.

A recent update to the app has brought along a new way to create shortcuts right within the app itself. You can now create a shortcut for your favorite contacts to speed up the process of sending out snaps. Snapchat shortcuts let you group users that you snap more often than others and then select all of them to send a snap to simultaneously. You can imagine how great this would be to help maintain those pesky Snapstreaks.

Related: How to email Snapchat to get the lost streaks back in 2020?

How to create a Snapchat shortcut?

Snapchat shortcuts can only be created within the Snapchat app. The option lets you create a group of users from your Friends list so that you can easily send out snaps. Follow the guide below to create your first Snapchat shortcut.

We will be using screenshots from Kan Hover Tech in his video ‘How To Make a Snapchat shortcut | How To Send Streaks At Once On Snapchat‘. Make sure you check him out on YouTube!

The option to create a shortcut on Snapchat is surprisingly hidden. Launch the Snapchat app and take a snap to send out using the camera. Now tap the blue ‘Send to’ button to reach the contacts page.

Here tap on ‘Send To…’ in the top panel. You will notice the new ‘Create shortcut button appear’. Tap it to create a new shortcut. 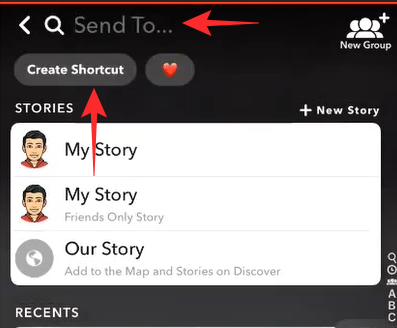 The shortcut option on Snapchat lets you choose a custom emoji to represent your group. This emoji will act as the group name when you send out snaps.

Tap the ‘Choose emoji’ button at the top of the screen, and add the emoji you would like to associate with the group. 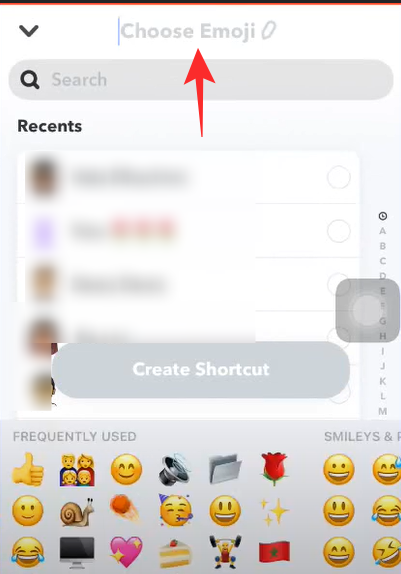 To help you identify your shortcuts easier, try selecting an emoji that reflects the users in the group. For example, if you are creating a shortcut for your family, you could add the family 👪 emoji.

Under the emoji, you will see a list of your friends on Snapchat. Here you can choose who you would like to add to this shortcut. The users will be grouped alphabetically in the shortcut.

Tap on the usernames to add them to the group. You will see a blue tick appear beside their name when you select them.

Tap ‘Create Shortcut’ at the bottom once you are done. 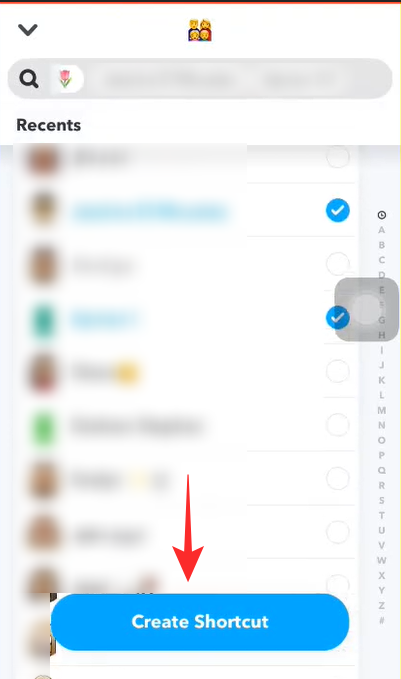 How to send a snap using a Snapchat Shortcut

To send a snap to a shortcut, launch the Snapchat app and click a photo using the camera. Now tap the ‘Send to’ button in the bottom right corner.

You will see the emojis associated with your shortcuts at the top of the page. Tap the emoji to open the shortcut. 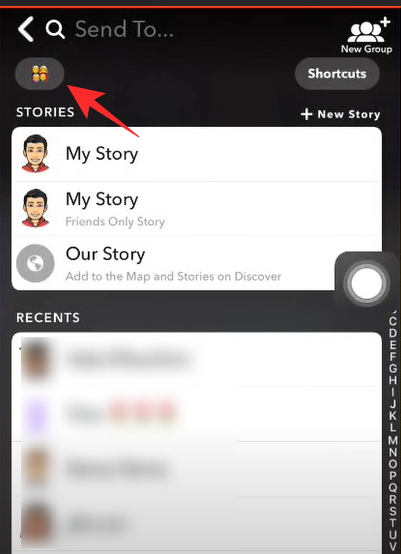 To select all the users in the list, tap the ‘+ Select’ button in the top right. 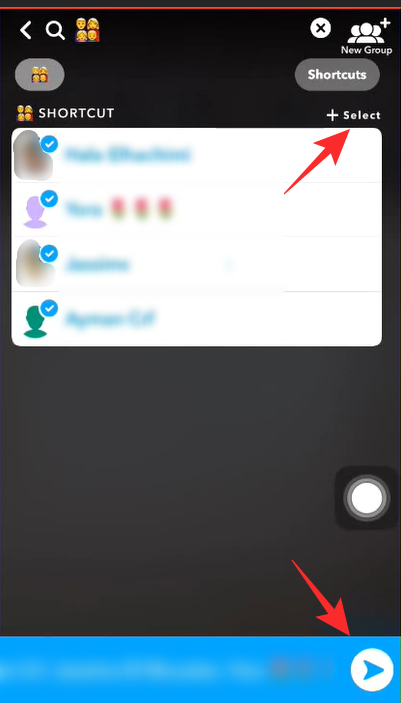 Now go ahead and send out the snap as you normally would.

How many people can be in a shortcut on Snapchat?

While there is no official statement on the limits of the new shortcut feature, it seems that you can add up to 200 users to a single shortcut. Any more than that and the app will not let you create the shortcut.

How to get shortcuts on Snapchat

The new shortcut feature is being rolled out as an update to the app. Currently, it seems to be available to only a small set of users. The update is only available on the alpha version of the app. To get the new shortcut feature, all you have to do is update your Snapchat app to the latest version. There is no way to force the update, so just keep an eye on your app store.

We hope this article helped. What do you think of the new ‘shortcut’ function on Snapchat? Let us know in the comments below.

How To Fix ‘Random People Adding Me On Snapchat’ Problem

What Is ‘Fast Page’ Label by Google And How and Where To Find It?