With the PS5 here, the PS4 on its way out, and the PS3 in its twilight years, right now is a buyer’s paradise. PS3 games are cheaper than ever and with the youngest of the gaming audience much more forgiving critics of games (you don’t often hear a six-year-old complaining about a lack of ray tracing, poor render distance, or crappy FPS drops during team deathmatch) there’s never been a better time to stock up on a couple of hundred hours of kid-friendly games.

So, to help you safely navigate those waters, down below is our handpicked list of the most creative, kid-friendly games, complete with age ratings, that you can get right now for the PS3!

Related: How to play PS3 games on Android

LittleBigPlanet 2 is the sequel to one of the first figureheads of the user-generated level-sharing feature, and improves upon it in almost every way. At its core, the game’s a cutesy, fun platformer with a distinctive visual style that won’t frustrate children with Dark Souls-like difficulty but won’t completely baby them either.

There are 30 Story levels and a variety of bonus challenges, an incredibly deep level editor (probably a bit too complex for the littler ones, though), and sports the all-too-important couch co-op option for siblings and friends.

Ratchet & Clank All 4 One

Ratchet & Clank All 4 One continues on with the story from A Crack in Time, but does so with a nascent focus on multiplayer gameplay. The franchise has pumped out some of the most critically acclaimed games for children, and while All 4 One might not be the best of them all, it is certainly the best for encouraging teamwork.

The game has an emphasis on co-op with up to four players, together unleashing chaos on the cartoony, hilarious and charming Ratchet & Clank universe with a variety of weaponry. One of the bonuses is the cooperative puzzle solving, giving kids a little bit more than just cartoon-combat to work together on.

Buy on PlayStation: Ratchet & Clank All 4 One

Portal 2 is a continuation of the mind-bending spatial reasoning game that had players hopping through walls and solving some of the most ingenious puzzles ever designed for console, and the second one continues the tradition with a whole lot of laughs and some memorable characters.

The game is essentially an upgraded version of the first with a star-studded cast and an emphasis on nonviolent progression that is great for kids. Anyone who enjoyed the first one would be remiss not to share the rewarding, hilarious and exceptionally creative adventure puzzler with their kids.

Bust out the old PLaystation Eye and PS Move controller, or check out the links below if you don’t have any — because trust us, this is one is AR gold for the younglings. EyePet is a pet simulator with surprising reactivity and a smorgasbord of content for your kids to spend hours of harmless fun in.

The pets are fully customizable, react intelligently to on-screen movement and undeniably cute with disney-esque features and high-chroma coloring. There are over 60 challenges for kids to complete with their pet, each with unique customization rewards, and involve fun activities like giving their pet a bath, going bowling, or getting the perfect selfie. It’s probably the most kiddie-friendly game out there.

Kids love Legos (heck, so do adults), and kids love Marvel (and… so do adults) so what could be better than a seamless, high production value mashup of both? Lego Marvel Superheroes comes with a huge roster of Marvel heroes with incredible, dynamic and well-designed gameplay, an open world, excellent animation and unwavering fidelity to the many Marvel IPs.

Kids (or adults) have access to all of your favorite heroes and villains from the Avengers, X men, Fantastic Four, and many of the more… obscure characters that only more die-hard Marvel fans might recognize. The game interweaves the many storylines incredibly well. Any kid who worships Iron Man, Thor, or the Hulk (i.e. every kid. And some adults.) deserves to play through the expansive Lego Marvel Superheroes. It’s… marvelous. Sorry.

Ni no Kuni: Wrath of the White Witch

Ni no Kuni is a breathtaking, PS3-exclusive jRPG with some of the most superb visuals, emotionally impactful stories, and incredible soundtrack of any game out there. It follows a boy named Oliver as he sets out across a rich fantasy world in order to save his mother after she gives her own life to save him from drowning. It sounds grim, but the storyline is tactfully done — indeed the storytelling is masterful as is the animation. And rightly so, considering the game was made in partnership with the renowned, unimpeachable Studio Ghibli.

Oh and did we mention the music is performed by the Tokyo Philharmonic Orchestra? Yeah, Ni no Kuni brings out the big guns and plays a little like Final Fantasy meets Pokemon. Just because it’s kid-friendly doesn’t mean age should be a restricting factor in this game; everyone should play it.

Thatgamecompany sure knows how to make a visually astounding game. Similar to their later games, Journey and Sky: Children of the Light, Flower is almost more an interactive art piece than a traditional game. There are no health bars or sidequests. It is a simple, exceptional exploration of the beauty of the outdoors. You play as the wind, guiding a petal through incredible landscapes and collecting myriad colorful petals along the way.

It is relaxing, hones in on a sense of both fragility and grace as you try to bring life back to a graying, dying world. The game is incredibly peaceful, without even a hint of violence or combat — only subtle messaging about the vulnerability of our environment that doesn’t hold your nose in it. There are few games more zen, more kid-friendly, or indeed more relaxing than Flower.

The original Kingdom Hearts might be one of the strangest, most bewildering concepts ever thought of on paper, but in execution the game turned out to be utter genius. You play as Sora, hero of the franchise, as he travels alongside Goofy and Donald Duck to the many different worlds of the Disney IPs, ranging from Aladdin, Tarzan, Snow White, Alice in Wonderland, and Hercules all the way to A Nightmare Before Christmas. Oh, and it throws in a few final fantasy characters like Cloud and Sephiroth. Yeah.

It’s sort of like a bizarre, but oddly kid-friendly lucid dream with incredibly fun cartoon combat and a deep, but easy to understand skill system that many of you might have even played when you yourself were kids. The ReMix includes a remastering of the first game, along with a 3D remake of Chain of Memories and all the cutscenes of 358/2 Days boiled down into a film.

Right now everybody’s talking Ghost of Tsushima, but way, way back before Sucker Punch decided to come out of nowhere with an incredible odyssey of samurai-on-mongol violence, they were pumping out incredible, kid-friendly stealth games featuring the cunning, cel-shaded Racoon master thief, Sly Cooper.

The games are remembered fondly by many for their hilarious personality, unique tone, and what was innovative gameplay mechanics at the time. Insta-death (we use that term loosely) and stealth-based gameplay make players feel like true master thieves as they shimmy along ledges, balance atop streetlights, or tight-roping walking a thin metal pipe.

Despite the game’s thievery focus, it’s very child-friendly and has a unique cast of colorful, quirky characters that are certain to bust out the giggles. The Sly Collection features the complete original trilogy in the series, remastered with HD textures for the PS3! Perfect for kids or nostalgic adults looking to slink through the shadows while burgling every house on memory lane.

Sonic has had his ups and downs. We’ve all played some form of Sonic game, and not all of them were good. Some are spectacular, timeless masterpieces of games — others seemed like a serial killer wearing the face of a beloved friend.

Thankfully, Sonic Generations takes  all of the good from the franchise and shucks out (most of) the bad, delivering multiple versions of classic Sonic gameplay in a variety of different level types.

The storyline is essentially a delivery system for such, revolving around the two different iterations of Sonic, Tails, and the rest of the anthropomorphic animal outfit joined across time by an omnipotent evil entity. Levels alternate between modern races, classic platformers, and the old school rail racing and for the most part is just as satisfying as the originals, if not more so. 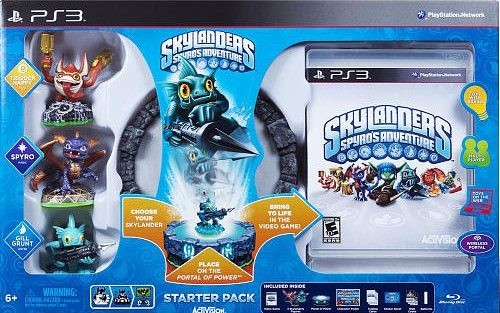 Skylander’s Spyro’s Adventure is a fun 3-D overhead platformer with a unique and fun art style. The game was released as a spiritual Reboot of the Spyro series and was the first iteration in the Skylanders franchise. What sets Spyro’s Adventure apart is the inclusion of real toy figures that can be scanned to the “Portal of Power” using their NFC tags. The characters have been voiced by big names including stars like Josh Keaton, Dave Wittenberg, and more. If you are looking for an easy-going action adventure with a fun art style and a shout-out to Spyro the dragon, then Skylanders Spyro’s Adventure might be the perfect choice for you. 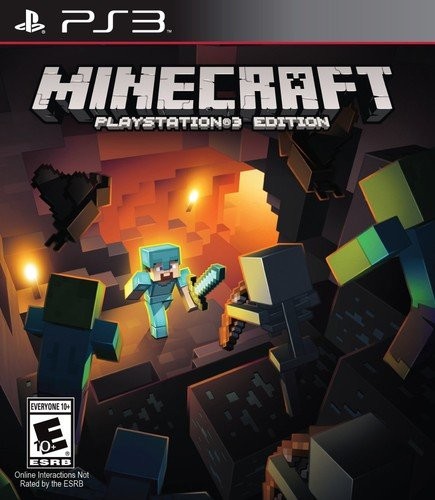 Minecraft honestly is one of the best titles out there for kids. You get access to an expansive never-ending world with huge mysteries, tons of different tasks and not to mention creepy monsters that you will need to ward off at night. Minecraft multiplayer also introduces tons of new possibilities including the ability to create your own imaginary world, interact with friends and go on quests, and much more. Minecraft also has certain restrictions and parental controls to help manage your kid’s online gameplay. You also get the ability to host and create your own servers with your own worlds where you can invite your friends and family members. 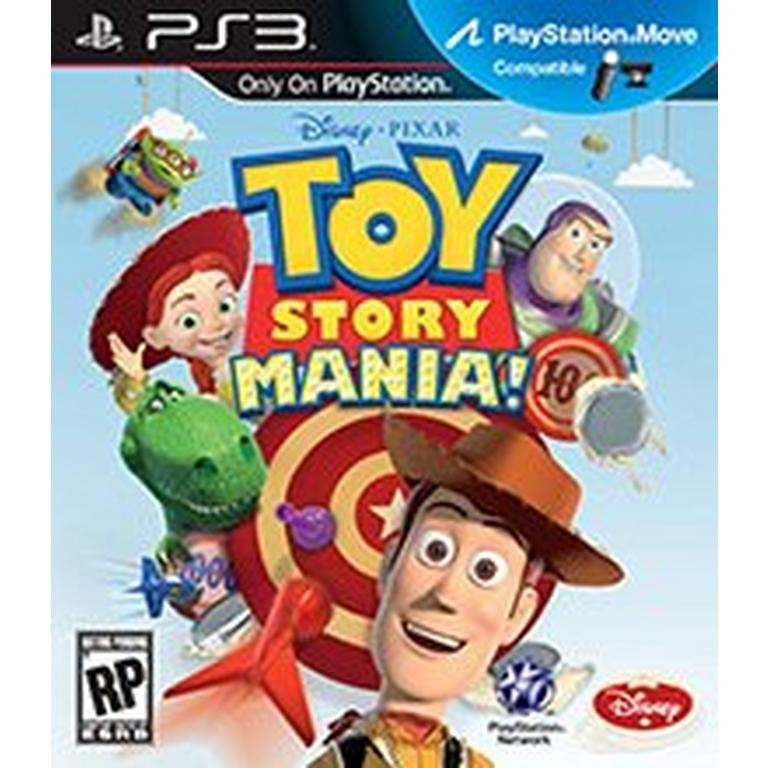 Toy Story Mania is a fun light-hearted game modeled after the Florida Disney ride by the same name. It has a shooting gallery-style gameplay and features characters from the first Toy story movie by Pixar. The game comes with a bunch of mini-games that can help your little one pass the time easily. Toy Story Mania stands out as a kids game for PS3 as it comes with its own 3D glasses. These can be used for an enhanced experience when taking part in the 6 3D shooting galleries included in the game. If you’re looking to introduce your kid to 3D games then this might be a perfect start for them especially if they are a Toy Story fan.

And there you go! At least a few years worth of gaming for the little ones to revel in — or for you to derive some sweet nostalgic joy out of while signing off on one of the most beloved consoles of our time.