The Asus ZenFone 3 series were great devices; however, the hefty price tag at launch resulted as the phone going under the radar. The ZenFone 3 Ultra was a massive device that came with a screen size of 6.80-inches placing it in phablet territory.

The device came with Android 6 Marshmellow pre-installed and has since received multiple updates including 1 major Android version update which was the update to Nougat. Now we’ve spotted the ZenFone 3 Ultra certified on the Wi-Fi Alliance running on Android 8.1 Oreo which means the update would be incoming soon for ZenFone 3 Ultra users. 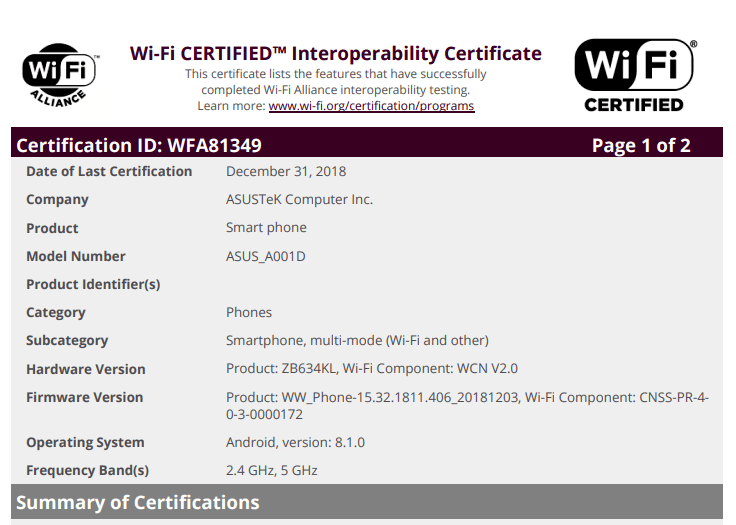 We’re fairly confident that this would be the last major Android update for the device and Android Pie would not be making its way over to the ZenFone 3 Ultra. Users should receive the update in the next two to four weeks probably; however, it might take a bit longer as well.

Asus has a good track record with updates even though the updates might come in several months or in this case, almost a year later. Nevertheless, the update would include all features which were made available with the Android 8.1 Oreo update and users should be able to download the update via OTA once Asus begins the rollout.