Samsung recently ended the Galaxy Beta program for Android Oreo, suggesting that the official rollout for Galaxy S8 and S8+ users is around the corner. Even though we knew that the Galaxy S8 Active Oreo update will arrive during the first half of the year, we didn’t see it coming this early.

But it appears this will indeed be the case as the phone has just been cleared by the Wi-Fi Alliance with Android 8.0 Oreo on board. This suggests that the update will start rolling out to the Galaxy S8 Active in the coming weeks, perhaps before the end of this month or in early March, contrary to our earlier expectations of April 2018.

Unlike past cases where the Galaxy S8 Active would have been an AT&T exclusive, things changed in 2017. There’s a Sprint and T-Mobile variant of the same phone with model number SM-G892U, which has also been cleared to receive the Oreo OTA. The AT&T variant has model number SM-G892A, but everything else remains the same.

Despite being the leader in the smartphone industry, no Samsung phone has so far received a stable version of Android Oreo, but this should change very soon. 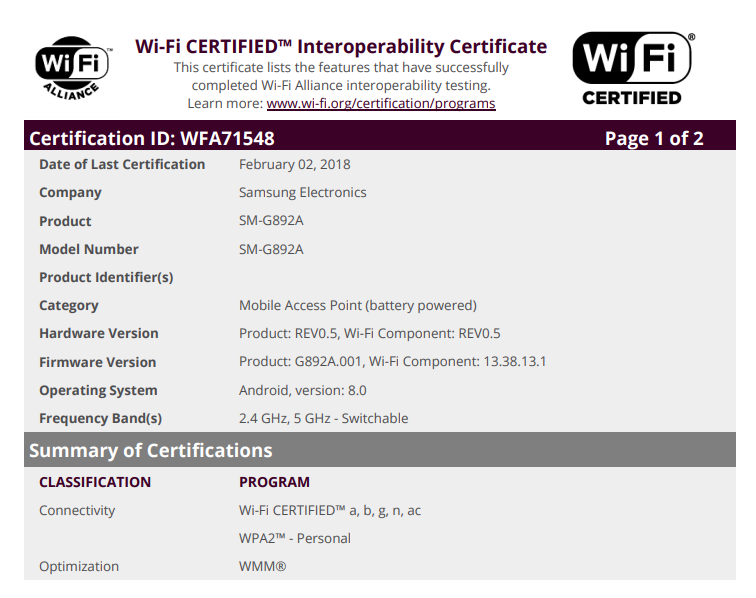 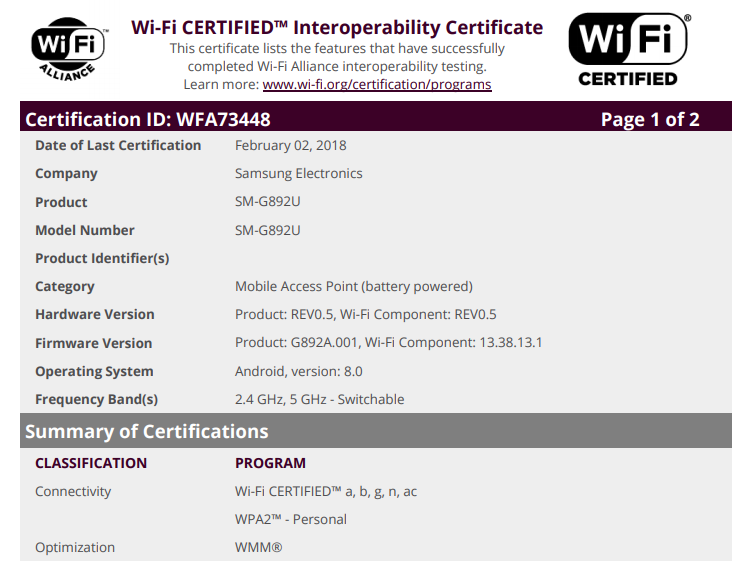 Asus ZenFone 5 and ZenFone 5Z: All you need to know