We’ve known for a while now that the Xiaomi Redmi 5 Plus will be unveiled in global markets during the second half of this month. While there are reports that this may happen at the MWC 2018, other rumors claim Xiaomi may hold an event at an earlier date.

Granted, the Redmi 5 Plus will be part of this event and indeed the phone has just been cleared by the Wi-Fi Alliance. Like the version selling in China, the global variant will still be based on Android 7.1.2 Nougat with a MIUI 9 skin on top, but it’ll be upgraded to Android Oreo.

When a device clears the WFA, it only takes a couple or so weeks before it goes official. If anything, the global launch of the Redmi 5 Plus is just weeks away. 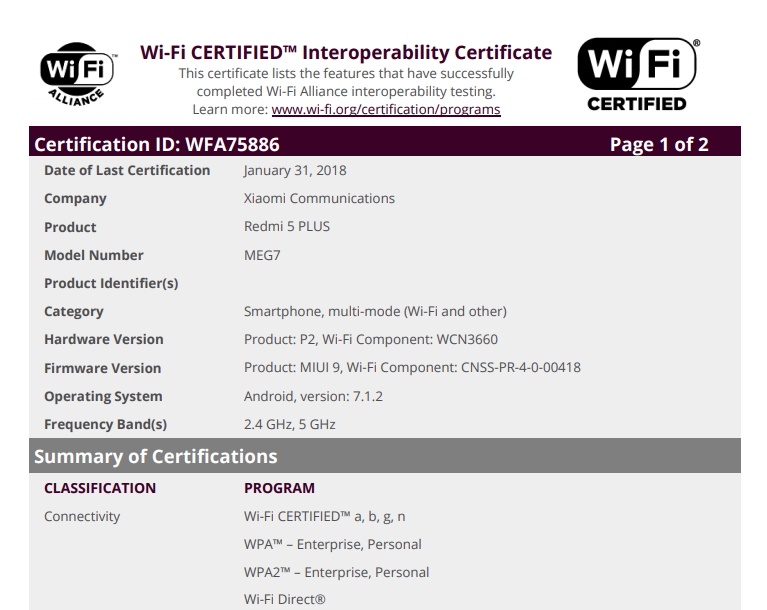 Xiaomi is also expected to accompany the Redmi 5 Plus with the standard variant, which has a less powerful Snapdragon 450 processor, a smaller 5.7-inch 18:9 display with HD+ resolution and a smaller 3300mAh battery unit. But for this, you only get to part with about $120 or INR 8,000.