Update [May 05, 2017]: The Android 7.1.1 OTA update is rolling out as version  41.2.A.2.199 and also installs the April security patch. Sony has been consistently pushing out security patches every month with the last few being for the months of March, February and December. Recently Rogers began rolling out Android 7.1.1 to the X Performance in Canada. 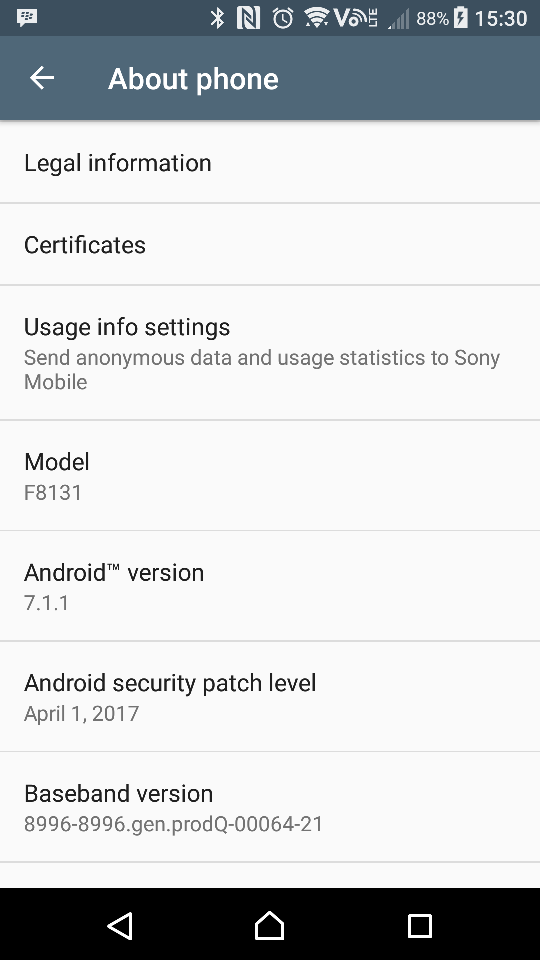 Though Sony has released smartphones with 4K displays, its Xperia X performance features a modest 5-inch 1080p display. This is fine in all honesty as the device lives up to its moniker in every aspect.

Packing in the Snapdragon 820 chipset with 3GB of RAM and a bright 23MP shooter, the X Performance is a beast. The 2700mAh battery is a bit of a let-down given that the rest of the specsheet is pretty cool. But this is where Nougat OS eases things, bringing some much-needed battery gains to the device.

The smartphone launched with Marshmallow out of the box back in June 2016. Ten months have passed since then, and now, the X Performance runs on Android 7.1.1, while the 7.0 Nougat update was released back in December.

Now that Nougat is out of the way and everyone is happy, let’s look ahead to receiving the next iteration of Android. Yup, that’s right, I’m talking Android O here. With the next generation of Android, you could get picture-in-picture support, improved status bar and settings menu, custom Lock Screen shortcuts and much more.

Google should be officially taking the wraps off its baby come August or September this year. The Sony Xperia X Performance should be eligible for the upgrade, given that it shares flagship status with the rest of Sony’s top lineup.

If Sony manages to pull it off on time, we may be able to see Android O some two or three months after its official release from Google.

What do you think of the Sony Xperia X Performance?