The Motorola Moto X Pure Edition, Moto G4 Play, Moto Z Play, and the Moto Z Play Droid, will all be getting the Android Nougat 7.0 update very soon. According to Motorola, the updates are already available, so maybe users should start seeing the update notification on their devices. 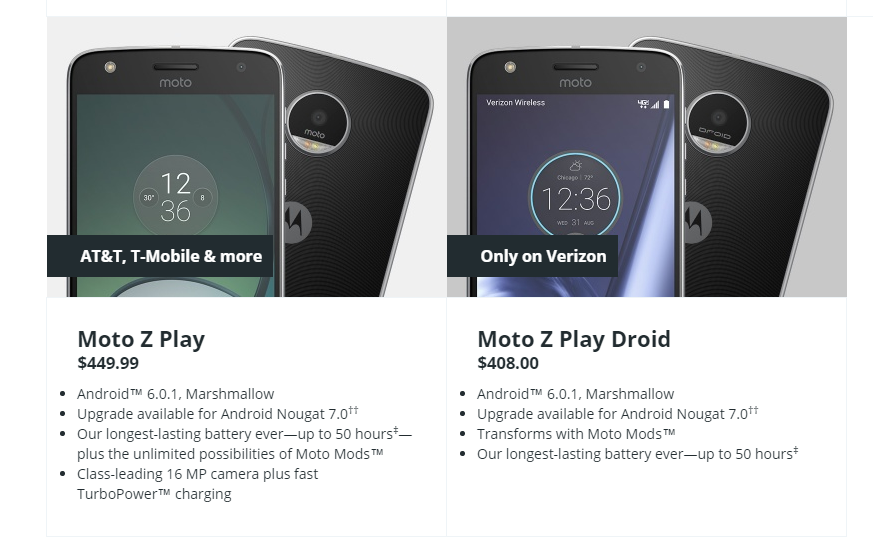 Recently, the Moto X Force and the Droid Turbo 2 were cleared to receive the Nougat update by Bluetooth SIG. The Moto X Style was also spotted running the Nougat update on GFXBench. A lot of other Moto phones have also received the Android 7.0 update, including the Moto G4 and G4 Plus.

Looks like January will make a lot of Moto users happy, as plenty of their devices will get the Nougat update. Do keep checking the Software update section on your device to see if the update is available for you.