A disgruntled iPhone user has no choice but to reconcile with the recently launched iPhone 12’s lack of charger. The exclusion of the iPhone 12 charging brick was intentional and audacious, but not entirely unexpected. Is there really anything one can do when a powerful entity like Apple decides to strip a fundamental accessory from its latest and most exciting device? Undoubtedly, Apple knows that an iPhone user will transition despite the compromise.

So while we have more or less accepted that iPhone 12 without a charger is okay, there are still a few things we will explore and understand in this article.

When I found out Apple wasn’t including a power charger or the earphones I never used in the box this year #iphone12 pic.twitter.com/ujThD3pHZI

The case for not including a charger

Various reasons have been stated by critics and of course, Apple itself to justify the lack of a charging block in the phone box. We’ve scoured through all the reasons that make the case for not including a charger. While some make sense, others are clearly indicative of promoting one’s own self-interest. Let’s take a look.

Apple is big on being carbon neutral and they’ve asserted that all their products will be carbon neutral by 2030. This is one aspect about them that we truly appreciate. It is in fact, with the intention of meeting their environmental goals that Apple removed the adapter.

Lisa Jackson, the vice president of environment, policy, and social initiatives at Apple compared the act of shipping the latest iPhone without a charger akin to removing 450,000 cars from the road per year. This is a big deal considering the times we live in and how urgent the need for climate action is in this day and age.

Not including the charger in the box has undoubtedly reduced the size of the box and made it easier to ship larger batches of the product at a time. This is besides the use of low-carbon materials and processes involved in the creation of the box itself. So the no charger business is very much in line with Apple’s environmental prerogatives when you consider these aspects related to packaging as well. 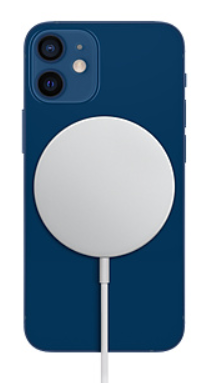 Apple has in no uncertain terms asserted that wireless is the future of all iPhones. There is deep speculation as well, that the lack of an adapter will compel consumers to shift to MagSafe or some form of wireless charging. In fact, there is also speculation that there won’t even be a charging slot in the next iPhone that Apple intends to launch.

Considering the trajectory that Apple has decided to take, it makes sense that they have chosen to stop providing wired capabilities and options now. If people still have the option of a cheaper wired option, there will not be enough initiative to shift to MagSafe and use accessories that are part of the MagSafe ecosystem. No charging brick, then, becomes another push in the direction that Apple wants.

Offsetting the cost of 5G and other features

There is no denying that the iPhone 12 is packed with some great features. From the introduction of 5G capabilities and the A14 bionic chip to MagSafe charging, this phone is a beautiful representation of all the great things that Apple is and Apple does. One thing we can be certain about is that innovation does not come cheap.

Whether in terms of future-proofing or for adding those features that make us chase the iPhone so ardently, there are costs involved. So to make sure that MagSafe will pay off when customers adopt it and offset the costs of other innovations in whatever little way possible, the charger brick paid a hefty price.

Apple: Most users have a charger anyway

According to Apple, millions of Apple users have an adapter from their previous iPhones. So they don’t actually need a new charger anyway. This rationale makes sense of course. Except that not every iPhone user has USB-C to Lightning cable adapter.

To those who are still on USB-A to Lightning, Apple has vaguely suggested reusing the adapter (which is completely absurd when they’re shipping the iPhone 12 with USB-C) or simply purchasing a new charger from the Apple Store which is actually counterproductive to its environmental efforts.

So Apple won't include one w/ iPhone

B/c you likely have a USB-A power adapter

So it's "for the environment"

But now they ship iPhone with lightning to USB-C cable

Which doesn't plug into those old bricks

Yet, why this is so mind-boggling!

The above may make you feel Apple was right in doing so, but the story is not over yet. Consider these factors and you will know what Apple has done is just about how to pocket even more money.

Why no USB-C port?

If this was truly about the environment, then Apple would have adopted the standard Type-C charging system that all Android phones are currently on for the latest iPhone as well. They even did for the iPads and Macbooks so it’s not like they are being pricey about their exclusivity anymore.

Honestly, the no brick situation would have been easier to digest if Apple had outright said that this is about transitioning to MagSafe, provided the MagSafe puck in the box, and charged extra dollars.

Taking arbitrary decisions like these in the guise of environmental reasons is just not cool because charging is a basic necessity.

Now it has become so that at the end of the day, an iPhone user still has to shell out extra money to get those Apple accessories if they want to take advantage of the feature or in a sadder context, even to charge their newly-bought phone.

Apple: We’re not going to include a USB charger this year. Just use one of your many existing chargers.

No exchange offer or price reduction

Indeed small drops make an ocean or in Apple’s case, accessories mint some major millions. The lack of an adapter does not offset the cost of the phone. In fact, now that you might have to purchase a new adapter since your old one is not compatible, you’re actually paying $19 separately for the 20W brick. Of course, you might also want to take advantage of the MagSafe puck so that’s another $39.00.

Let’s also not forget that if you don’t have air pods, you will have to get those too which comes down to approximately $159.00 for the basic ones. While one can still overlook the air pods and MagSafe puck, Apple should have at least made some provisions for those users who don’t have the brick by allowing for an exchange offer or in-store credit.

Apple: "We're not including charging bricks in the iphone 12 box to save the environment"
Also Apple: "Lighting to USB C cables in the box. Oh you don't have USB C charging bricks? Well here's a link to buy that from our store."

Last but not the least, why only 64 GB baseline storage?! 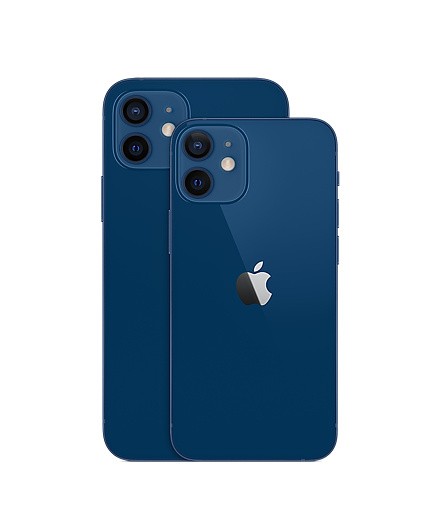 Another reason why we feel Apple has become a pricey affair is that it is only offering 64 GB baseline storage for the iPhone 12 at $799 and if you want more storage then you have to pay more.

Considering the 4K capabilities of the phone and how much storage this kind of content takes up in the form of images and videos, the user is certainly getting the short end of the stick. Let’s not even consider that competitors like Google and Samsung are offering 64 GB storage for much lesser.

Apple cannot deny that not including a charger in the box has saved them money. Now, this money should have gone back to giving users some benefit, is it too much to ask? Apple could have — rather, should have — increased the baselines storage from 64 GB  to 128 GB, a minimum option for all the flagships these days.

Yes, you get the latest chip and 5G and some more with the iPhone 12, but Apple is saving big time on charger and earphones, something that should have benefitted users with increased storage at the least.

What do you think?

Final thoughts on the matter

Everything that is being said and all decisions that are being made for the iPhone are only acceptable because the phone itself is almost faultless. There is no denying that the iPhone 12 is a really good phone.

But we reckon that it’s highly unlikely that any other phone manufacturer would attempt to strong-arm their customer base the way Apple did and we suspect, will continue to do so in future launches. One must wonder whether there was a better way to go about this whole transition that would at least meet the consumers in a middle way.

The process of buying a new phone is supposed to be filled with unadulterated joy and excitement. From the anticipation of delivery to the moment you hold the sleek beautiful piece of tech in your hand for the very first time, many of us live for that feeling.

So yes, when a charging brick is missing, it’s going to be in the back of your mind like a tiny prick, a feeling that Apple is okay with you feeling so long as they can get you to spend on an additional brick or better yet, MagSafe.

Because despite all of Apple’s justifications and reasons, one cannot deny that the profits still go into their pockets. Also, keep in mind that if the no-charger move was another way to bring in more money, then bringing the environment into this makes them worse-off for what they did. But we can never be sure, of course.

Nevertheless, users are giving Apple a lot of slack for pulling this stunt and that’s good. After all, sustainable innovation should not come at such a heavy price to the consumer, that’s certainly not what Steve Jobs would have wanted.

How are you handling the no charger situation? From the looks of it, other flagships like Samsung — despite their diss FB post — will follow suit and stop including a charger and earphone as well. Especially since Apple is known to set a precedent for other phone manufacturers in the past. We look forward to your thoughts on this issue in the comments so do let us know what you think. Take care and stay safe! 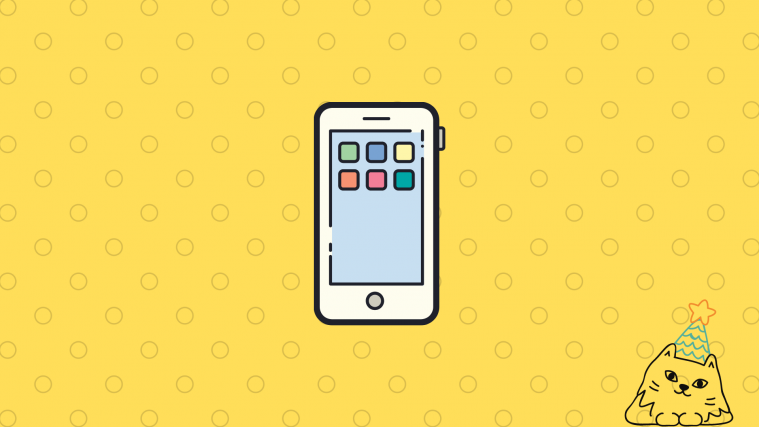 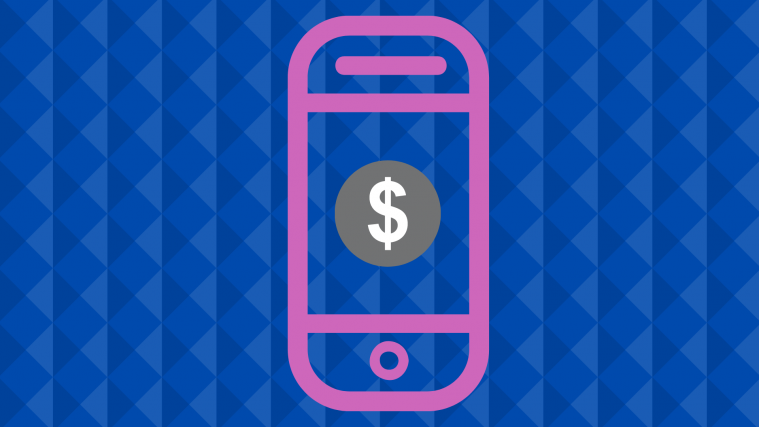 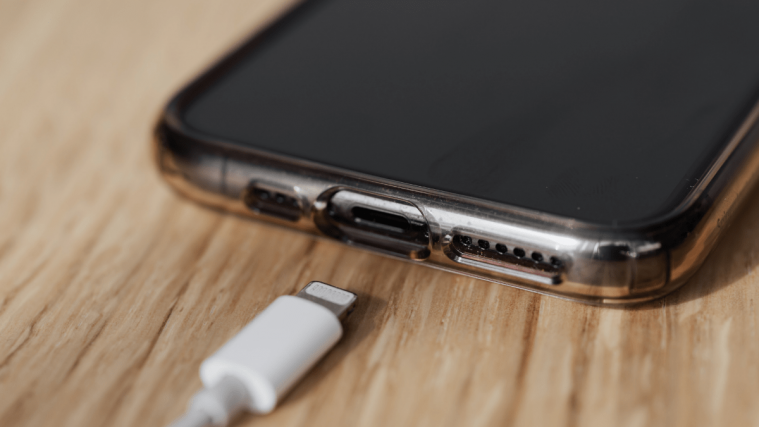 iPhone 12 No Charger Issue? Here’s Why, and Best iPhone 12 Chargers to Buy