According to the recently updated Nougat release roadmap by Samsung Turkey, it seems the original Galaxy Tab S2 will be receiving Android 7.0 Nougat update in about two weeks time from today. The following models of the tablet are expected to get the update: SM-T817, SM-T810 and SM-T710.

As per the previous release schedule, the Galaxy Tab S2 (SM-T817) was expected to receive Nougat update by 23rd May (check the screenshot below). Thankfully though, the update now seems to be coming in early. 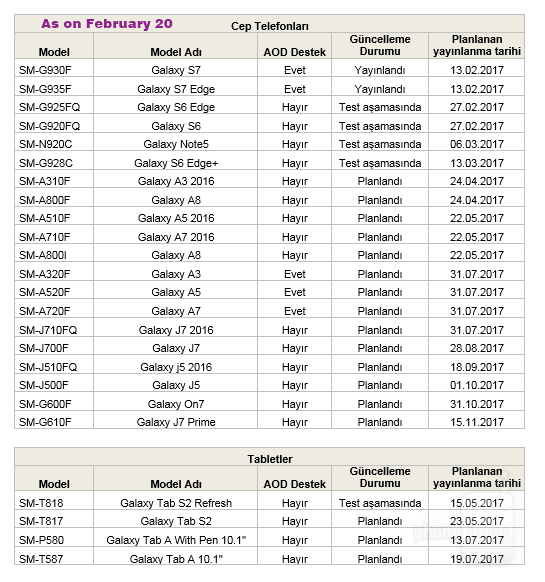 The updated schedule also reveals that Galaxy Tab S2 Nougat update would bring along Always On Display support to the tablet. This feature will make it easier for users to see notifications at a glance even when the screen is off.