Good news for the people of Canada! Samsung’s latest Galaxy A50 has appeared at Wifi Alliance bearing the model no. A505W, the W at the end indicating it’s meant for Canada. The mid-range smartphone has been available in India for more than a month now, and was set to release in the US as we earlier reported. 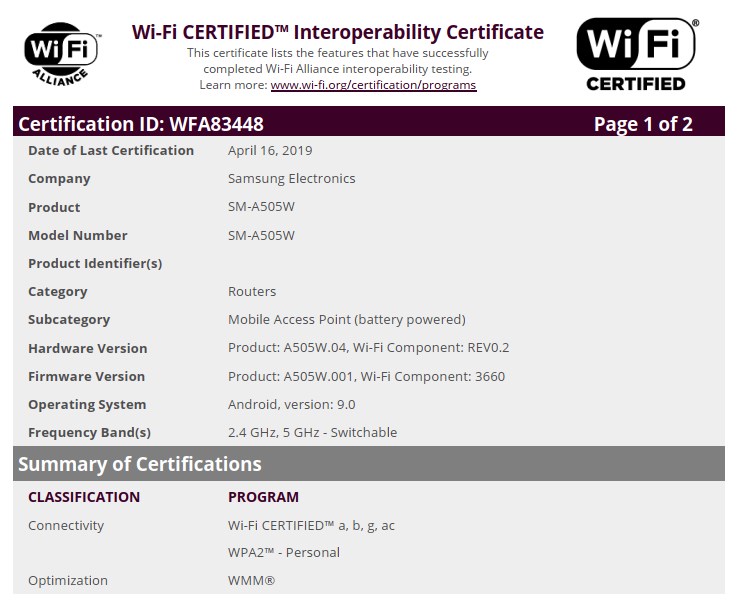 The biggest selling point of this mid-ranger is that it’s sold 4,000mAh battery which can last you around a day and a half even on moderate usage! It also borrows the in-display fingerprint sensor from Samsung’s S10 devices.

Samsung has been pushing this mid-ranger hard across various markets and it’s only time before it hits the Canadian soil!

CanadaSamsungSamsung Galaxy A50
Posted by

How to Transfer WhatsApp Messages from iPhone to Android