The Super Smash Bros is one of the best game series to feature crossover fighting between some of the most recognizable characters in the world and is published by Nintendo.

The OG Super Smash Bros was released in 1999 and was primarily released solely in Japan; however, with its huge success, Nintendo released the game worldwide. 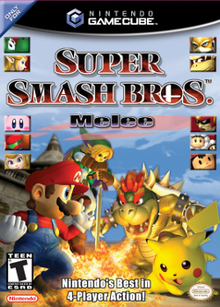 While the new games in the series might have an edge over Melee in terms of graphics and cool stages. Melee just offers a super fun gaming experience without too many bells and whistles.

Just sit back and try to knock back the enemy character beyond the boundaries just like any other Super Smash Bros game. Playing on the GameCube really is great and its something to remember.

The controls to the game are fairly easy as well since there’s no fancy business of the Wii controllers going on as well. Simply try to inflict as much damage as possible to the enemy and knock them out of the boundary.

The game has a single-player mode as well as a multiplayer mode with support for up to 4 players to enjoy with friends.

2. Super Smash Bros. for Nintendo 3DS and Wii U 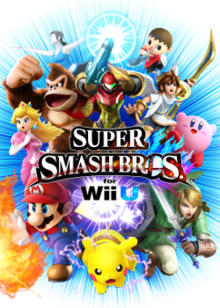 Super Smash Bros. for the Nintendo 3DS and the Wii U is also one of the best games in the series and follows the same game style of the other Super Smash Bros. games where you can knock your enemy out of the arena.

The game even brought over Pikachu and has a roster of 58 playable characters which is absolutely epic. Although there are only 51 characters on the disc while you will have to download the 7 others.

Nonetheless, if you’ve ever have played any Super Smash Bros. game, then you’d be familiar with how you should play it since the game does seem to be a mix between Melee and Brawl.

Most importantly, the Wii U version of the game has Full HD graphics and also has it’s own 8 Player Smash mode which allows you to play with 8 players. 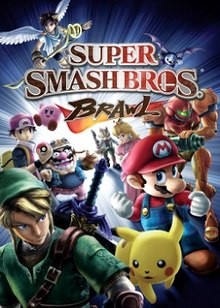 Super Smash Bros. Brawl isn’t as fast-paced as the other two games in the series we’ve mentioned above. It’s kind of a more casual game and is great for those who just want to have some fun without having to be too competitive.

Brawl comes with a wider selection of moves than its predecessors and pressing a button in along with a tilt of the control stick or a press of the D-pad would let you perform assigned moves.

The super attacks are way more powerful than the regular strikes and cause extensive damage that can be unavoidable or even result in a temporary transformation.

Pick from a bunch of different characters with various moves. The game also offers several projectiles to use against the enemy characters which is super cool.

Does Samsung update their phones?