In Oppo phones, you have devices that are built to match the Apples and Samsungs of this world, yet command prices that are significantly lower due to a few compromises here and there. The best part is that most – if not all – of these compromises are things you can live with, especially considering the savings you make compared to buying the S10 or S10+, for instance.

Due to the huge number of Oppo phones on the market and the fact that more are coming in, it isn’t easy for many consumers to keep an eye on each release, which is where we come in. This post has the best Oppo phones that you can buy in 2018, ranging from the premium level down to the budget segment, be it that you want a powerhouse, a large-screen device or a selfie expert, we’ve got your back!

The reason Oppo is among the leading smartphone vendors is due to its relentless pursuit of cutting-edge technology and the best hardware quality, but unfortunately, Oppo phones are not officially available in the U.S. Although it has a digital store in the UK, the company doesn’t many phones on the platform, but if you need one that isn’t listed, there’s always third-parties like Amazon to turn to, although Oppo phones are still a rarity on Amazon.com and Amazon UK.

As for those in India, well, Oppo isn’t a new name by any means. 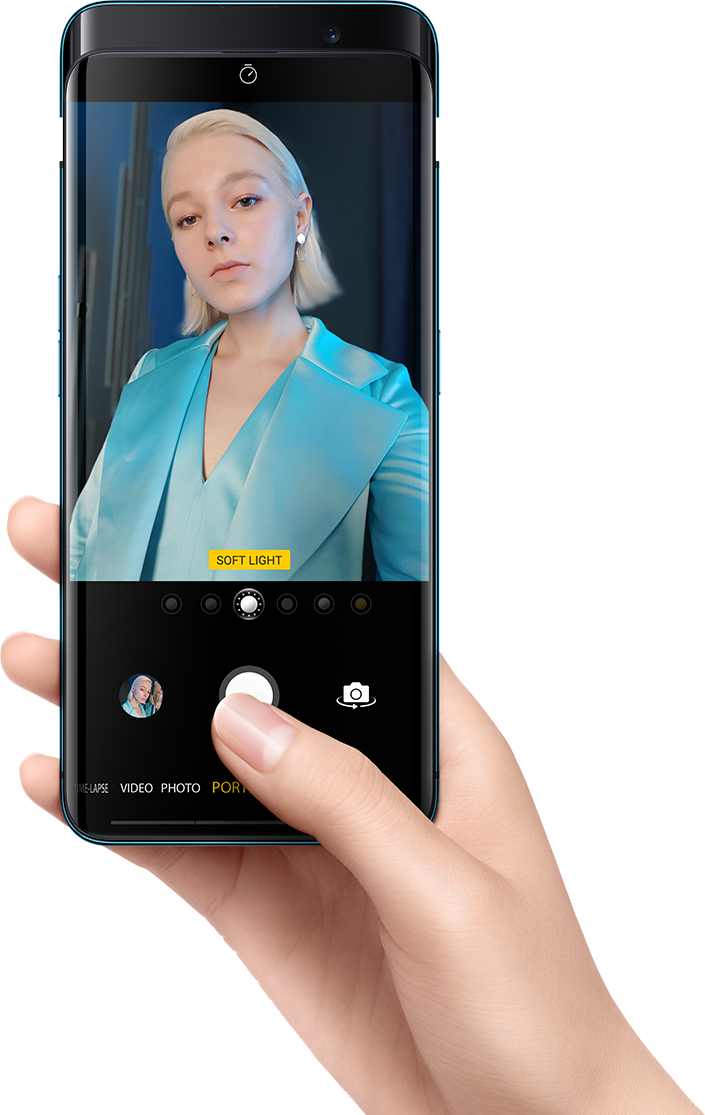 The Oppo Find X is one of the most, if not the most innovative smartphones to date thanks to its movable top that pops up the front and back cameras when needed. All this is an effort to do away with the dreaded notch, something Oppo has been striving to evolve over the recent past, including with devices like the Oppo R17 and F11 Pro.

Besides having a movable top, the Oppo Find X is just another flagship phone that packs premium specs and features at an equally premium price of $700 or maybe more depending on your location and the variant you grab. 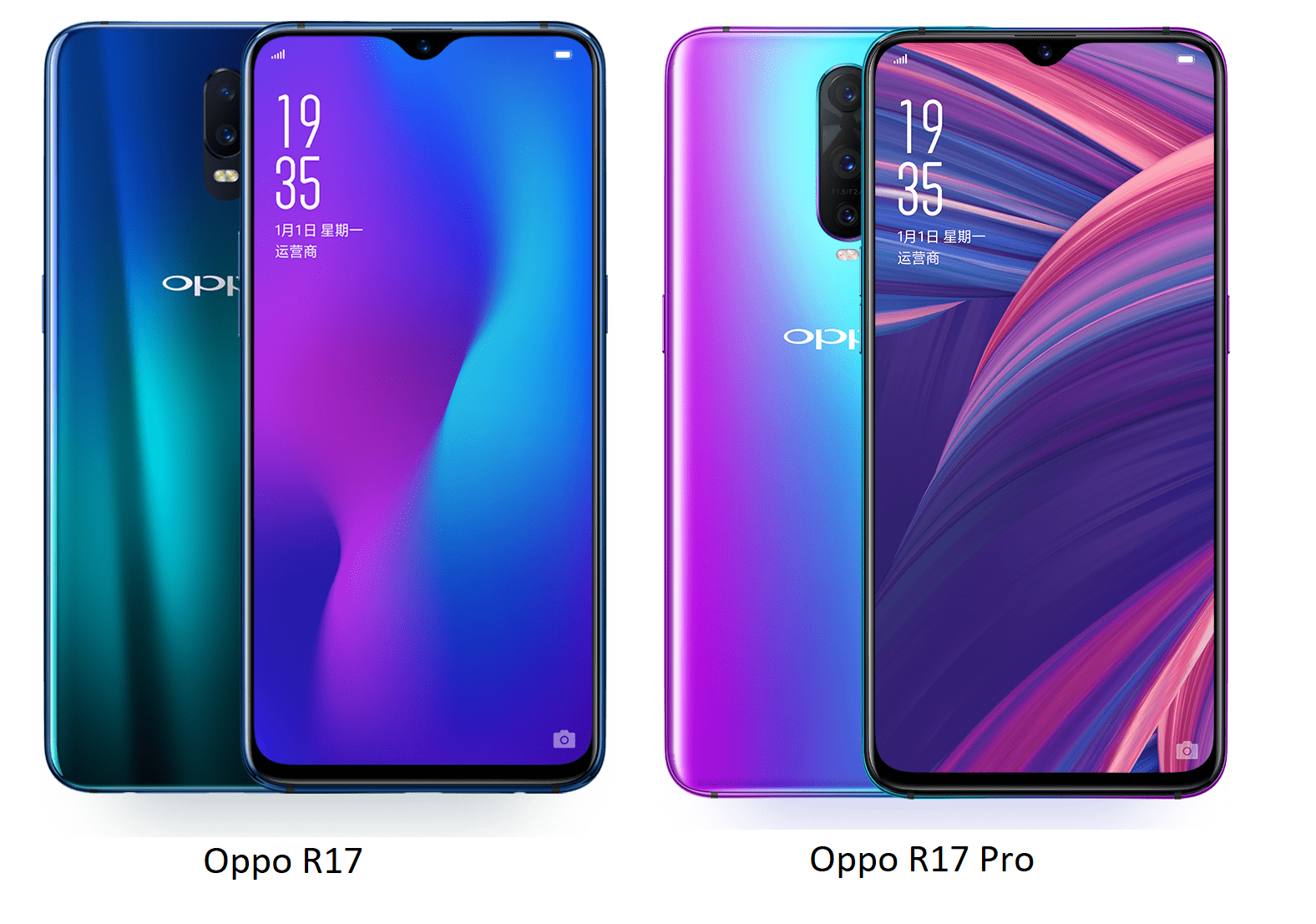 The Oppo R17 and R17 Pro were the first smartphones in the world to rock the latest display protection technology from Corning – Gorilla Glass 6, but they still keep the notched display design that has become a norm since 2018. The Chinese company has a different take on the popular cutout and makes the devices even more interesting by throwing in an in-display fingerprint scanner.

The R17 and it’s Pro counterpart are also [among] the first to come with Snapdragon 670 and Snapdragon 710 processors, respectively. These two chipsets, in essence, are the successors to the powerful midrange Snapdragon 660 processor that has featured in a good number of Oppo phones.

The Oppo R17 duo is available in several markets across the globe officially, but in the U.S., you can find one unofficially on Amazon, although pricing might not be favorable, to say the least. 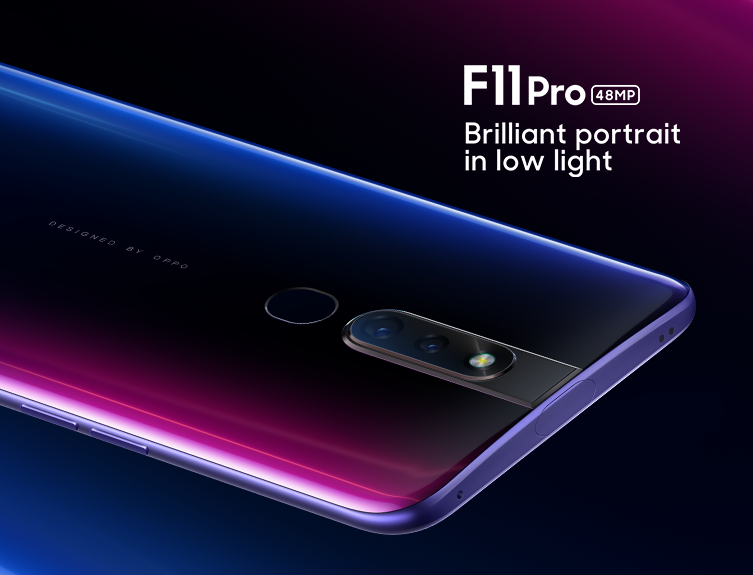 The Vivo Nex S inspired the design of the Oppo F11 Pro. The two are identical in that they both have a pop-up selfie camera mechanism instead of a notched display screen. This means you end up with a full-screen device, although the bottom chin isn’t proportional to the top end of the phone.

That aside, the major highlight of the Oppo F11 Pro is the massive 48MP lens on the back camera that is accompanied by a depth sensor. But of course, you won’t end up with 48MP photos thanks to the many software tricks involved in compressing the final product to 12MP.

On the inside, the F11 Pro packs one of the best processors from MediaTek allied to 6GB RAM and at least 64GB of expandable storage. As for the design, you are getting a device made from glass (front) and plastic (back), although the latter can easily pass off as glass. Keeping the phone alive is a massive 4000mAh battery, but unfortunately, you still get a microUSB port for charging and data transfer.

For a phone that costs more than $350, it’s such a disappointing move. Check out the rest of the specs below: 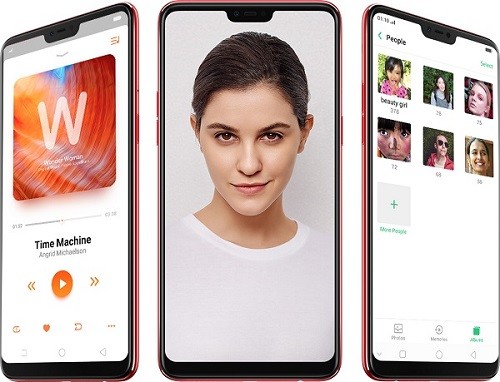 Oppo recently took the wraps off the Oppo F7 in India and looking at the phone, it’s mostly the same as the standard Oppo R15. You are getting a 19:9 display screen with 6.23 inches of real estate and a full HD+ resolution, same as the R15. On the inside, the F7 also ships with the same chipset, but unlike its counterpart, you get two memory options.

Although the battery remains unchanged, the Oppo F7 lives up to its name – the selfie expert – by stepping up the selfie camera to a massive 25MP lens, slightly more than the 24MP lens used on the Huawei P20 and P20 Pro.

The Oppo F7 should be the model that sells in most markets across the globe, that is if the Oppo R15 won’t leave China and its neighbors.

Also Read: 5 things you need to know about Vivo V9 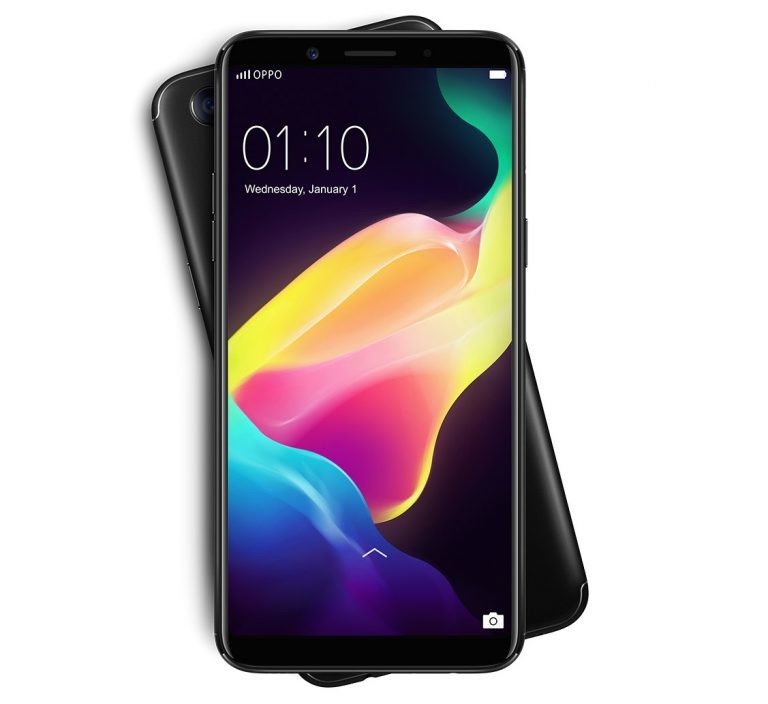 One of Oppo’s first budget devices to use the 18:9 display screen is the Oppo F5, successor to widely popular Oppo F3 handset. It came by in November 2017 boasting a magnificent 6-inch full HD+ panel, a Helio P23 SoC, up to 6GB RAM and some good photography thanks to 16MP and 20MP lenses on the back and front, respectively.

The Oppo F5 costs a fraction higher than the Oppo F5 Youth, but the latter shares a lot with the former in terms of design, specs, and features. Of course, the small price change is because the Youth model is exactly what its name implies, but if you can’t get to the price of the F5, you won’t be missing a lot by going for the F5 Youth edition. 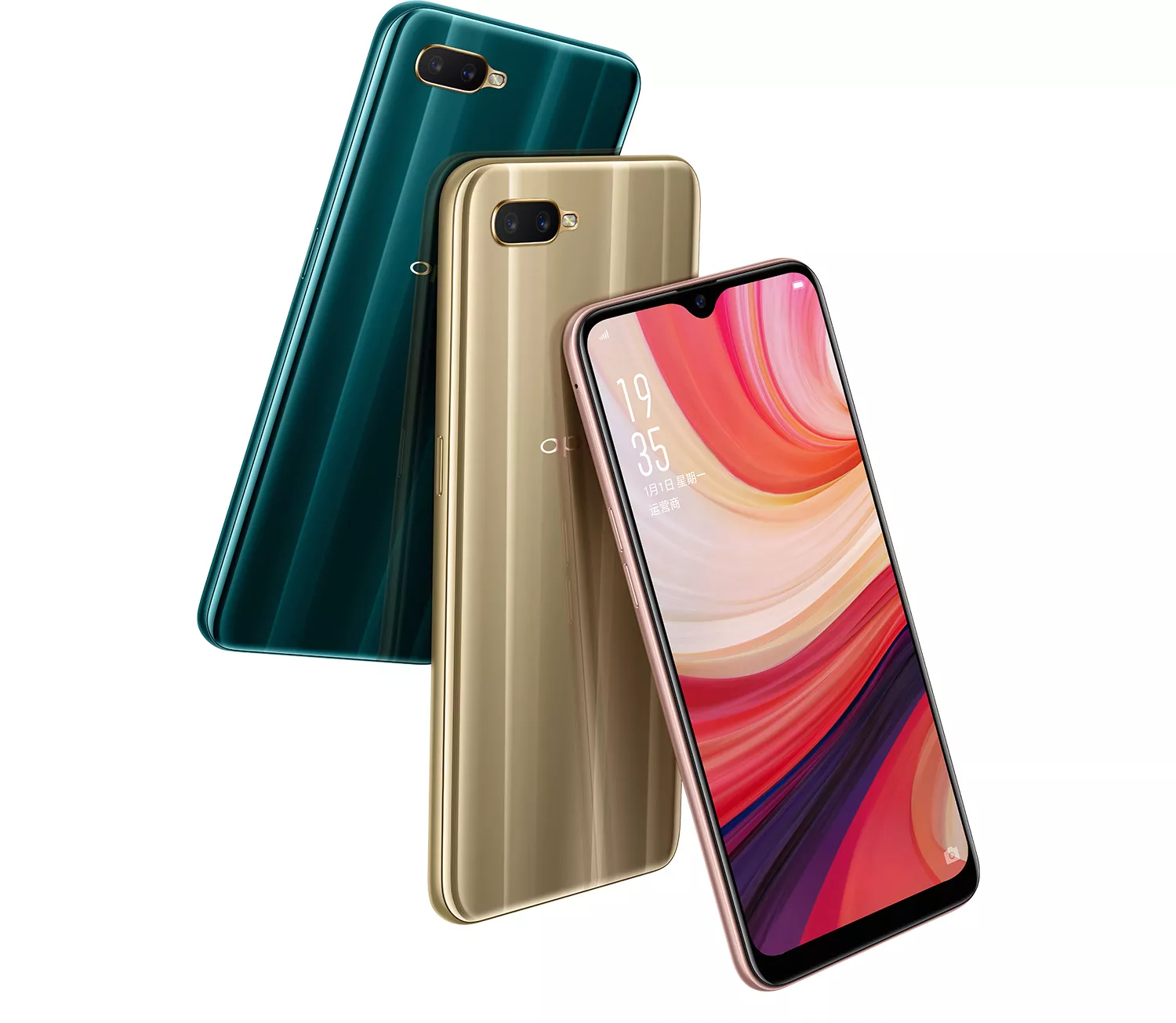 If you want something a little bigger than the F5 and has a newer OS, the Oppo A7 is a great option. The phone, admittedly, has a lower resolution display screen, but you get a slightly bigger display unit and an even bigger battery to keep you going. You also get a dual-lens camera on the back and what looks like a slightly stepped-down selfie shooter, although it should still get the job done. 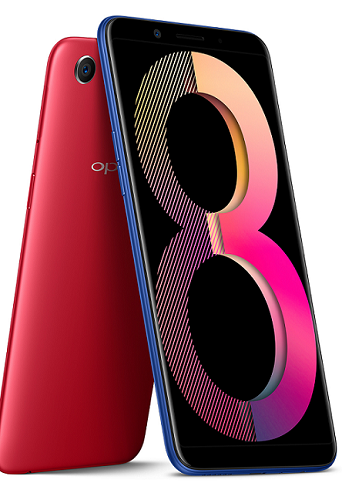 In China, the Oppo F5 Youth is known as Oppo A73. With the Oppo A83, you’d be forgiven to think that it’s the successor to the A73, but no it isn’t. In fact, it’s an understudy to the F5 and F5 Youth, which means you pay even lesser for just about the same phone.

The Oppo A83 still brings you the trending 18:9 design, the same chipset as the F5 and F5 Youth, a roomy display screen and above all, a decent battery unit that promises a long life.

Oppo undeniably has some of the best phones on the market, however, other than their scanty availability in major markets, Oppo phones have one other concerning problem – software updates.

You’ll hardly get any software update on an Oppo device, be it the high-end R series or the low-end A series. So, if you want to have the latest software – at least for now – your best bet is to grab the Oppo R15, R15 Pro or F7, which come preinstalled with Android Oreo. Even so, none of these three can be guaranteed an update to Android P – or maybe just the R15 will.

As for the rest of the Nougat-powered handsets, that’s likely to be the end of the road. In short, if you are the guy who wants regular software updates, even if they take longer to come by, you’d be better off going for a different OEM than Oppo.

Meanwhile, do you agree with our selection of the best Oppo phones available to buy in 2018 so far? Let us know in your comments below.