Xiaomi will be in India tomorrow, February 14, to unveil the Redmi Note 5 and just hours ahead of launch, the full specs and features of the Redmi Note 4 successor have emerged online.

In addition to the Note 5, the leaked info also suggests that the tech giant has plans to throw in a Pro variant of the phone powered by the newer Snapdragon 636 SoC. Even better, it appears that the Xiaomi Redmi Note 5 Pro will adopt an iPhone X-like dual 12MP + 5MP camera design on the back alongside a 20MP unit with LED flash for selfies.

As per the leak, both the Redmi Note 5 and Note 5 Pro will rock the same 5.99-inch 18:9 display screen and just like we had speculated, the Redmi 5 Plus is the phone that has been rebranded to the Redmi Note 5 for the Indian market. 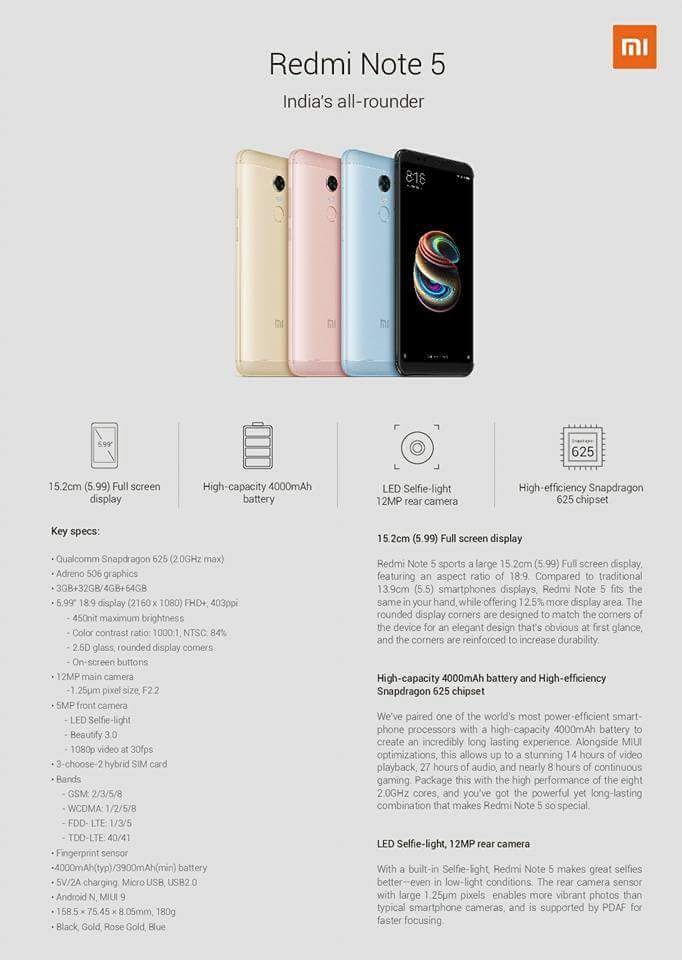 This means Redmi Note 5 buyers will get the same Snapdragon 625 SoC, 3/4GB RAM, 32/64GB storage and a huge 4000mAh battery unit. As you may already know, these are the same specs found on the Redmi Note 4, which make the Redmi Note 5 Pro the more interesting option between the two Note 5 models.

From the leaked specs, the Redmi Note 5 Pro will come in with a more powerful Snapdragon 636 chipset mated with up to 6GB RAM and 64GB storage. Since this will be the most expensive variant, those who won’t be able to afford it will have other options of 3/4GB RAM and 32/64GB storage to choose from. However, you still get the same 4000mAh battery unit and a disappointing microUSB port. 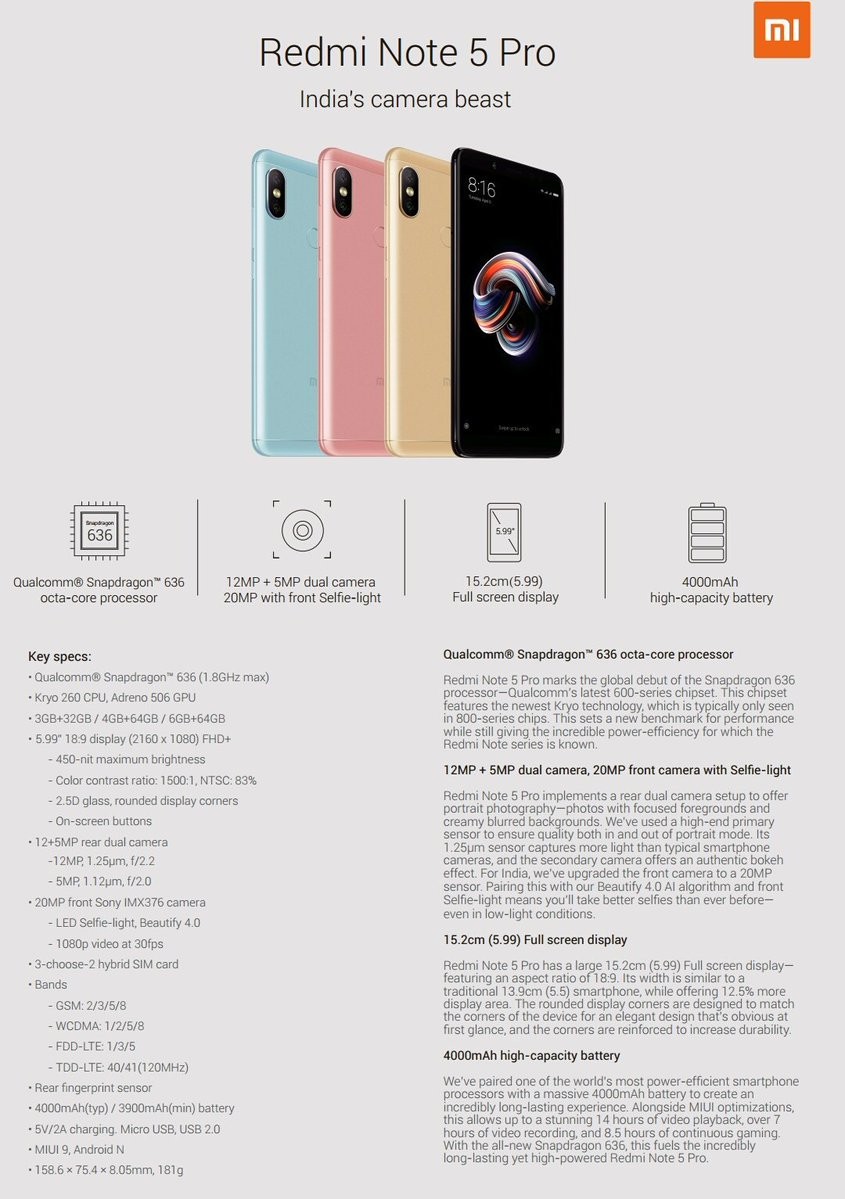 Although Android Oreo has already hit version 8.1, the Redmi Note 5 and Note 5 Pro will still come with MIUI 9 atop Android 7.1.2 Nougat, but they should be upgraded to Oreo at some point in Q2/Q3 2018.

At the moment, we still don’t have the official pricing details, but the Redmi Note 5 is expected to start at INR 10,000.

Huawei P20 and P20 Plus appear on TENAA, images and specs not listed yet