It was only in January that the Chinese smartphone vendor Xiaomi unveiled its flagship device Xiaomi Note and Mi Note Pro running on the Snapdragon 801 and Snapdragon 810 SoCs respectively. But, Xiaomi appears to be all set to prepping another Mi Note device with Snapdragon 810.

Well, a device bearing the moniker Xiaomi Mi Note Plus has been spotted on the GeekBench database and it reveals the key specifications and the benchmark scores as well of the alleged device. It appears like this device will arrive with the latest Qualcomm Snapdragon 810 SoC and 4 GB of RAM similar to the Mi Note Pro.

The leaked benchmark listing shows that the upcoming Xiaomi device will be running on Android 5.0.2 Lollipop. Its name suggests that the Mi Note Plus must be a top notch variant of the firm’s Mi Note lineup of devices. 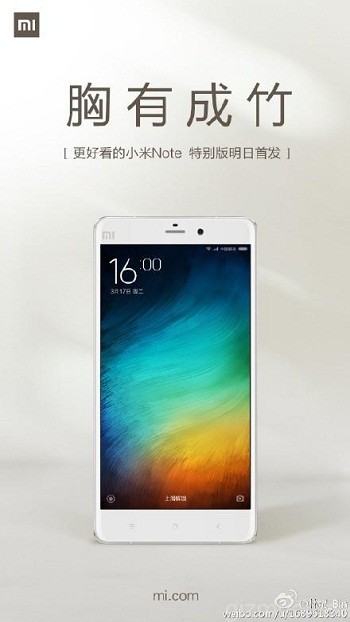 In the meantime, Lin Bin, Xiaomi’s Co-Founder and President tipped that the firm will be announcing a special edition variant of the Mi Note. Anyways, we will have to wait until there is some official information from the firm.