Xiaomi Mi Mix 2 and the Mi Note 3 are the two upcoming smartphones from Xiaomi. Both the smartphones have gone through rumor mills. Now another leak has surfaced on the internet, which reveals the specifications of Xiaomi Mi Note 3.

The leak has left many confused, as it doesn’t reveal the name of the smartphone. It could be Mi Note 3 or Mi Mix 2. However, we think the device is Xiaomi Mi Note 3. Here’s why.

Mi Note series of Xiaomi is their phablet series with pretty good specs. The latest leak, which reveals the code name of the device is Chiron, features a 6-inch display, which is slightly more than 5.7″ on Mi Note 2. Given the trend of full-screen displays we have seen on LG G6 and S8, if Xiaomi is to use one, the 6″ display looks fitting for the Mi Note 3 than Mi Mix 2, because Mix series uses even larger display. So, yup the device is Mi Note 3.

Check out: Best pre-installed Android widgets that you should know about

Talking about the leaked specs, the Mi Note 3 or Chiron will feature 6-inch display with a resolution of 2160 × 1080 pixels. The device will be a full-screen bezel-less smartphone with upper and lower forehead having ultra-narrow bezels. The display looks similar to Samsung Galaxy S8. The front camera will be present on the upper right corner and feature 8MP selfie camera similar to Xiaomi Mi 6. The rear camera will also be similar to Mi 6 i.e. 12MP dual camera. 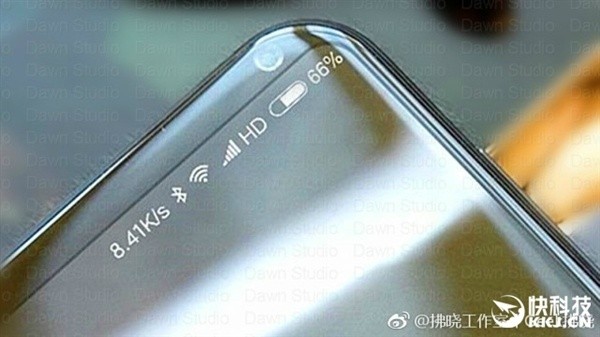 The other specifications include Snapdragon 835 processor as opposed to the 836 processor. It will be available in two variants of 6GB RAM/128GB memory and 8GB RAM/256GB memory.

Further, the leak reveals the device could launch on July  25.