Xiaomi has been testing the Android 8.0 update beta for the Mi A1 for a while now. It’s been about two weeks since the first beta was released for the Android One phone, but now, Xiaomi has begun rolling out the stable Oreo update for Mi A1 users, which is available as an OTA for the public. The update runs about 1.1GB, so we suggest you connect to Wi-Fi network to download this.

We're ending the year with an O! #MiA1 users, stay tuned as we're rolling out your long-awaited update in batches but make sure you're already on the latest December update (7.12.19) to receive Android O! pic.twitter.com/GhRtDnyJn4

And users have been reporting this, too. 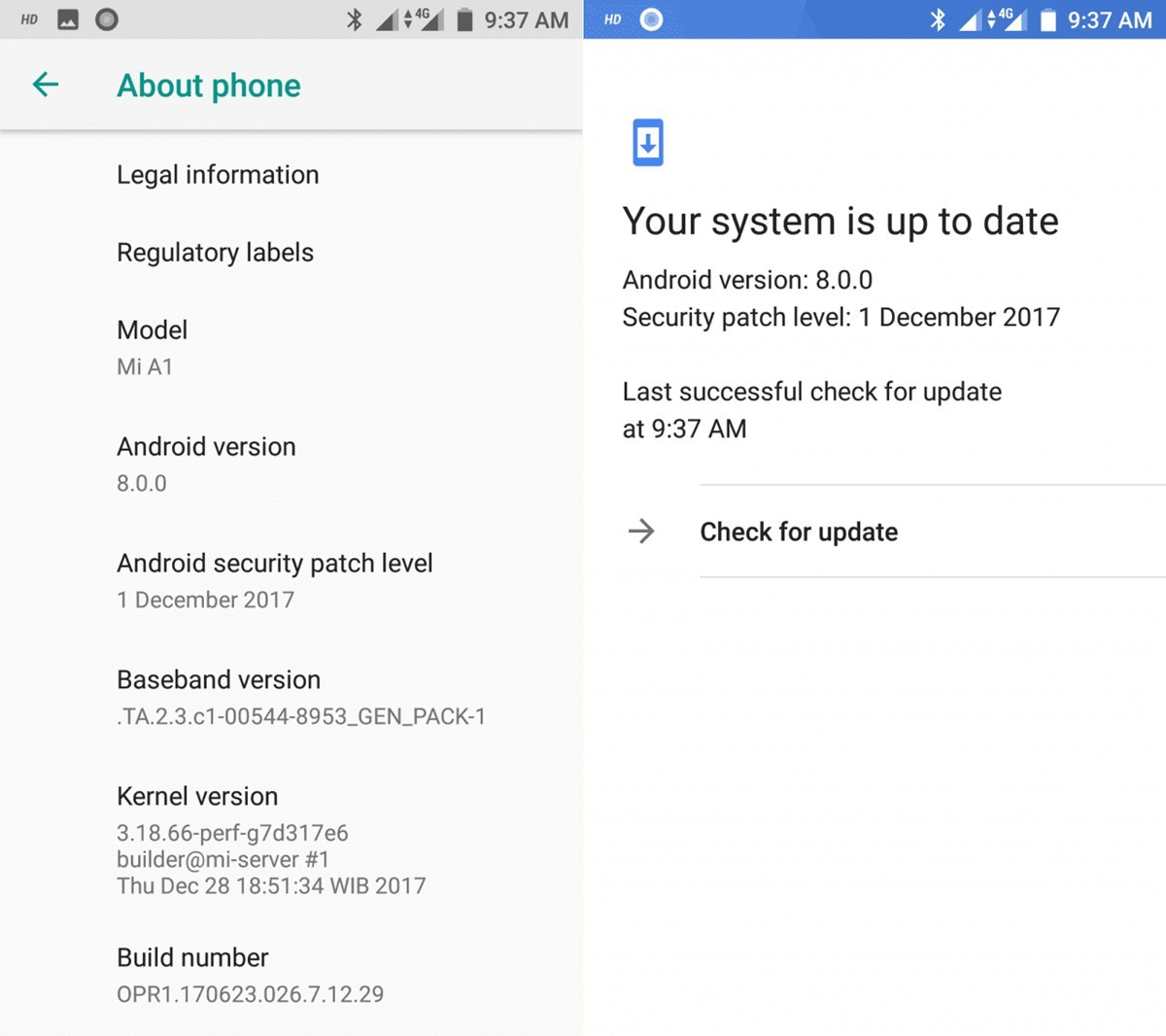 In case the Oreo update hasn’t hit your device yet, you can try to force the update on your Mi A1 with a trick. Head into Settings > Apps > Show system apps (under 3-dot menu) > find the Google Framework Services app, tap on it, and then clear its data. Now check for the update again, multiple times perhaps, and you should have it.

What do you think about your New Year gift, Xiaomi Mi A1 users? Do let us know how this update treats you, we hope it sails smoothly.