As anyone with Steven D. Katz’ Film Directing, Shot by Shot on their bookshelf will be ready to tell you at length, Storyboarding is one of the most important and too often overlooked stages in the creative process. A good storyboarding process allows production to visualize and tweak a project at a rapid iterative pace, testing ideas before committing to them and saving serious amounts of time and money. Considered by many an art form in and of itself, what was once a labor-intensive process has, like many things art-related, been immensely enhanced with better and better technology.

None more so than Toon Boom’s industry-standard Storyboard Pro, an all-encompassing storyboarding program that many professionals swear by when it comes to their workflow. But Storyboard Pro’s popularity doesn’t mean by itself that it’s the be-all-end-all of storyboarding software, nor that there is a singular program to rule them all for every use-case.

Down below is our handpicked list of the top 5 best Storyboard Pro alternatives. Among our handful of options for you to choose from is a program for each use-case; whether you’re a veteran of animation looking to survey the field of emerging options or a complete beginner looking to dip their toes in the water of visual storytelling, there’s a program on this list you can use. 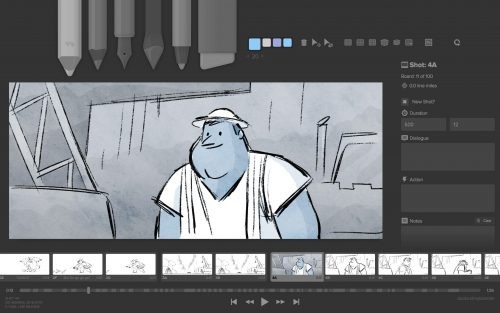 Completely free and with a gargantuan toolset that lends itself to both experienced artists and the completely uninitiated alike, Storyboarder is hands-down one of the most powerful storyboarding tools on the face of the planet. Alongside a pleasantly simple UI is a host of additional tools, one of the most powerful of which is the Shot Generator which allows users to create a 3-dimensional shot out of thin air using a library of models, poses, and objects while tweaking things like focal length and camera position in real-time. This allows not only complete beginners to create precise and immersive storyboards with ease, it allows more specialized artists to work out perspectives and quickly iterate compositions to get the best shot possible every step of the way. 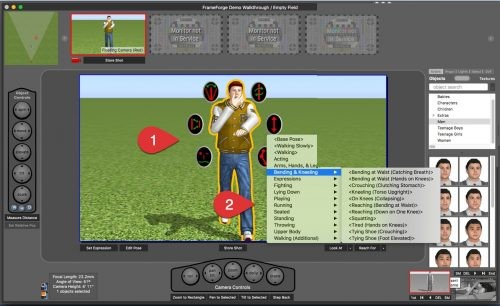 Catering more to those outside animation or entities without an in-house storyboarder with the requisite drawing skills, Frameforge looks something like a PS2 sandbox that users can use to quickly produce accurate and slightly more detailed shots. The software brands itself as more than just a storyboarding software, preferring users to think of it as an “optically accurate virtual film studio” — a bold claim, but one backed by a legit Emmy Award (yeah, that Emmy) for Technical Achievement. Indeed, Frameforge lends itself extremely well to those looking for detailed previs options with excellent integration with screenwriting formats and programs like Final Draft and FadeIn. If you or your business doesn’t have to worry so much about distinct character designs and on-screen shape language as much as realist composition, say for live-action or advertising, Frameforge is easily one of the strongest contenders out there. 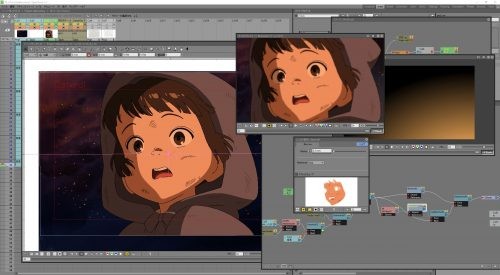 Opentoonz is an excellent intermediary between storyboarding and full-blown animation with a (comparatively) robust painting tool-set that, though it won’t blow Photoshop or Clip Studio Paint out of the water, is enough to fully render some animations. While it may not have the Emmy that Frameforge can boast of, it does have the venerable distinction of having been partially sculpted by the legendary Studio Ghibli itself, who took it upon themselves to customize Opentoonz’ original incarnation, Toonz, for their own workflow. Whether it’s raw storyboarding, animatics, or full-blown professional-grade animation, Opentoonz delivers serious power in a highly usable package and completely for free! 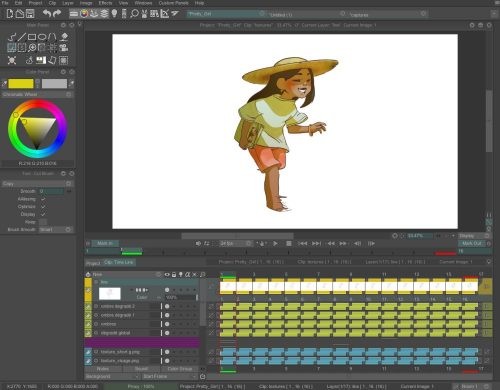 While TVPaint is undeniably expensive — to put it lightly — the expansive animation program remains one of the industry’s favorites alongside Toon Boom, and is seeing a surge in popularity with major art YouTubers like Aaron Blaise, Moderndayjames, and Toniko Pantoja citing is one of their go-to animation programs, using it as their go-to software package for every stage. If you’re willing to shell out for TVPaint, you won’t be disappointed with what you get — with a high-performance program as capable of full renders as it is rough storyboarding, TV Paint feels good and has one of the more intuitive interfaces of any animation software out there. But it’s expensive, and might not be the first choice for someone looking for just Storyboarding with the number of free options out there. 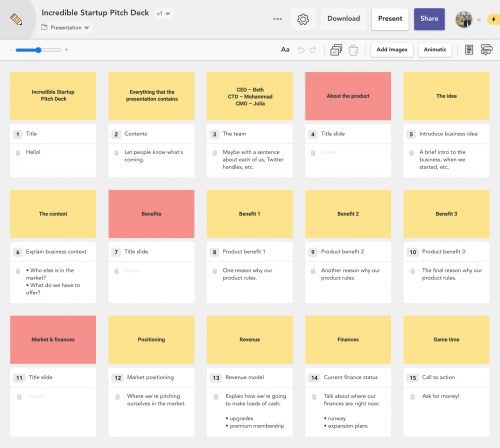 The web-based Boords offers a simpler, more clinical approach to storyboarding and is probably best for non-animation-related previs purposes. The main selling point for Boords is its collaborative capabilities. Functioning kind of like Google Docs meets Storyboarding, projects are stored completely on the cloud — allowing users to work together on building the storyboards in questions as well as supervisors to view and oversee the project from afar. Especially in today’s day and age with many of us still stuck at home, collaborative online tools like Boords can be an invaluable tool. Of all the programs on this list, Boords is probably the leanest in terms of capabilities — don’t expect to be conducting full-blown animations inside of Boords — but provides everything you need for a simple, straightforward Storyboard.

What’s your favorite Storyboard Pro alternative? Let us know the what and the why in the comments down below!