Sprint Galaxy S7 and S7 Edge units are receiving a new software update. The update installs June security patch and is being rolled out over the air as we speak. 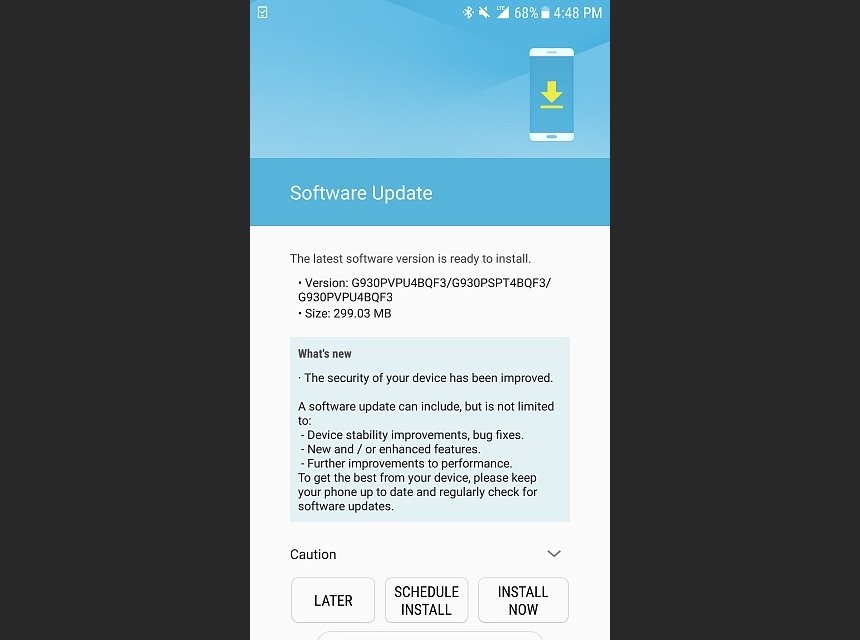 The file size of the update is 299MB and hence includes some other features besides the monthly security patch. It improves the stability of your device and fixes regular bugs. It also further improves the performance of your device.

The OTA update may take a while to reach your Galaxy device. Instead of waiting, you can check for it manually by heading to Settings > About device > System update. Before installing the update ensure that your smartphone is at least 50 percent charged and connected to a WiFi network.