The Galaxy S6 Active has arrived on the U.S. carrier AT&T on schedule. The handset went official only in the last week and now, it is available for purchase from the carrier in gray, camo white and camo blue color options. 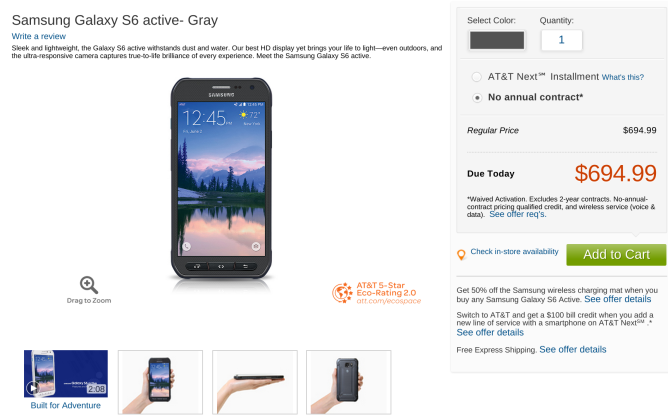 The Galaxy S6 Active resembles the Galaxy S6 and Galaxy S6 Edge in terms of specifications. The hardware is bulkier as the device features additional physical buttons. Otherwise, the device is water and dust resistant as the previous generation models.

Some of the key specs of the Galaxy S6 Active include a 5.1 inch Quad HD 1440p display, octa core Exynos 7420 SoC paired with 3 GB of RAM and 32 GB of native storage space that cannot be expanded further. The 2,550 mAh battery in the Galaxy S6 is bumped to 3,500 mAh in the rugged model.