How to Create a Private Game in Among Us

Thinking about getting blasted into space to join a game of deceit and deduction? Over 60 million players seem to be willing to join each other online to try and not get killed by the imposter in Among Us.

The game has reached the pinnacle of popularity since its release in 2018. During the last weekend of September, Among Us’ developer, Innersloth announced that there were over 3 million concurrent players across all platforms globally. On Steam Charts, you can even see how many people are playing the game.

With so many players using their PCs and mobiles to play the game, it is easy to find nine other strangers to join you. You can simply socialize with strangers from around the world during the game.

However, to play Among Us you do not need to always play with strangers. You can also create a game for your group of friends to play. To do so you can host a private game.

How to create a private game in Among Us

After downloading the game, you need to make sure that you have a stable internet connection. Click on the Among us icon and get the game started.

When playing Among Us you can either play online with other players or use your Wi-Fi to play locally. To create a private room, click on the button that says Online. 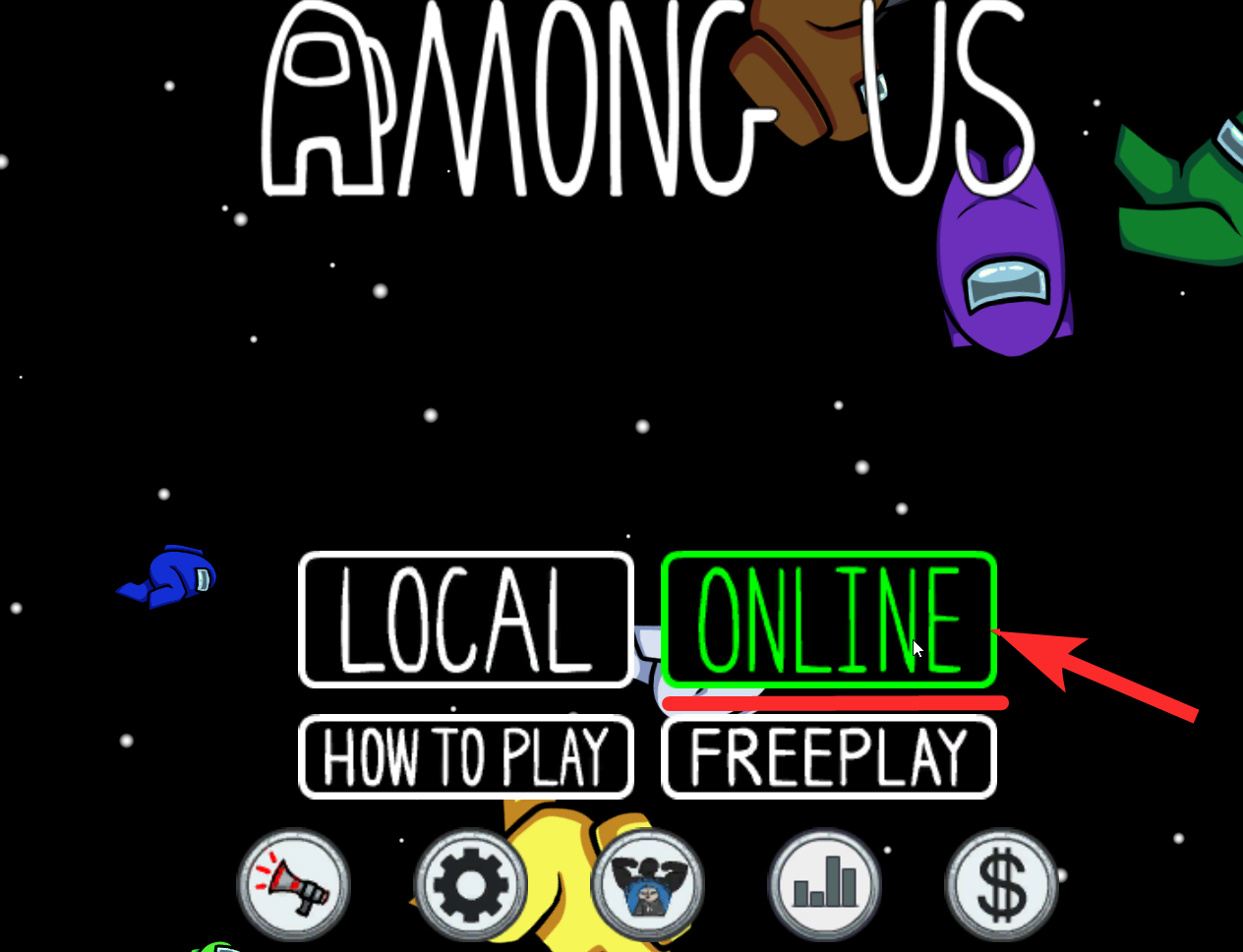 You will be able to see a small globe on the bottom-right corner of the screen. By clicking the globe you will get to choose the region in which you want to play.

The options to choose from are North America, Asia, and Europe. 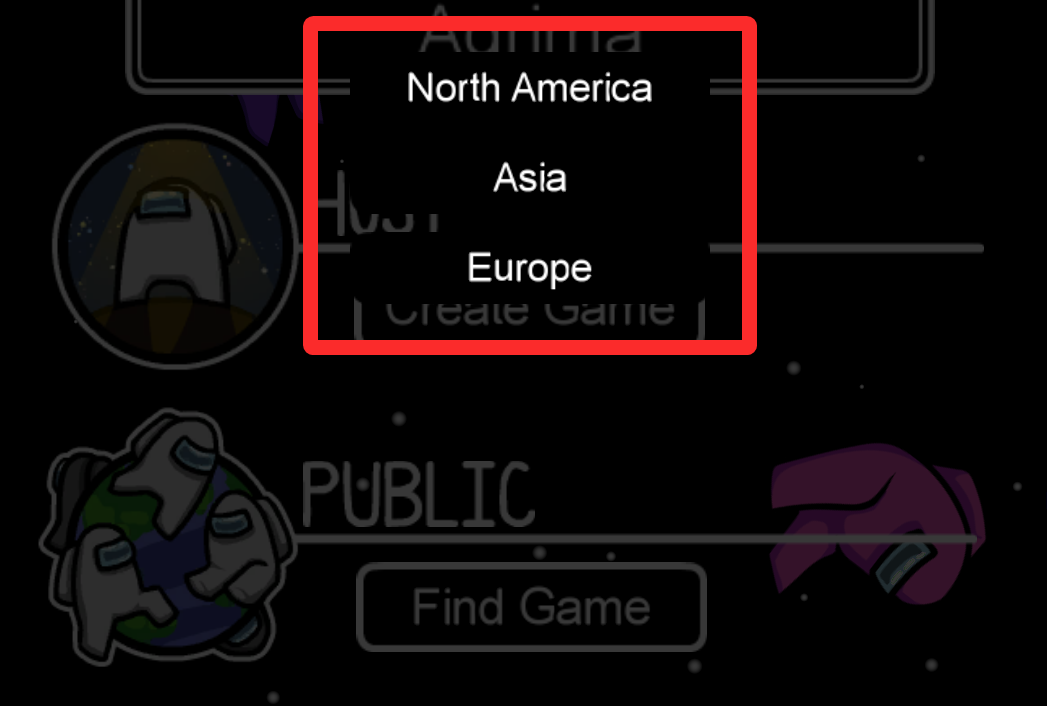 You can choose any region you want irrespective of your geographic location.

Once you click the Online button you will be taken to the next screen. You will see three options for playing the game: Host, Public, Private. 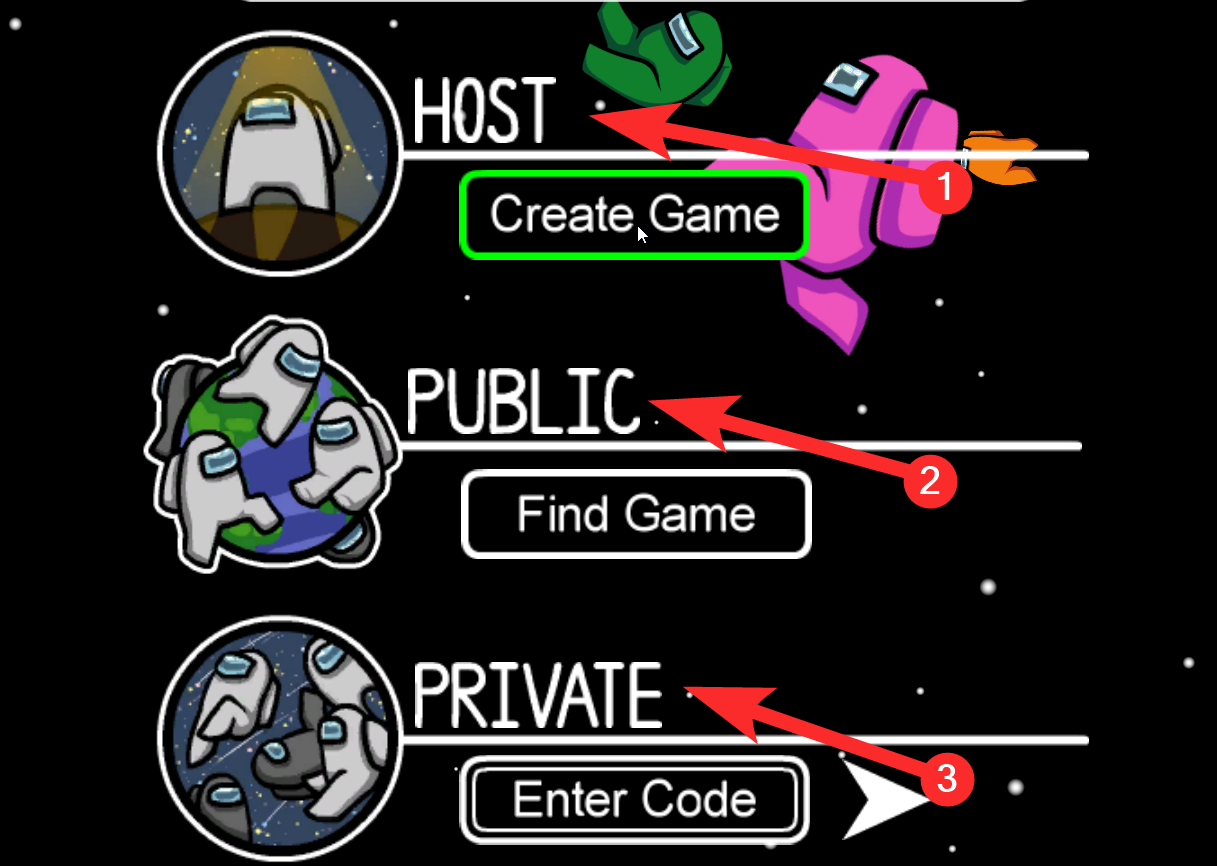 To start a private or even a public one, you have to click the Create Game button under Host. This allows you to host the game.

Once you choose to be the host you will be taken to the settings options of the game. 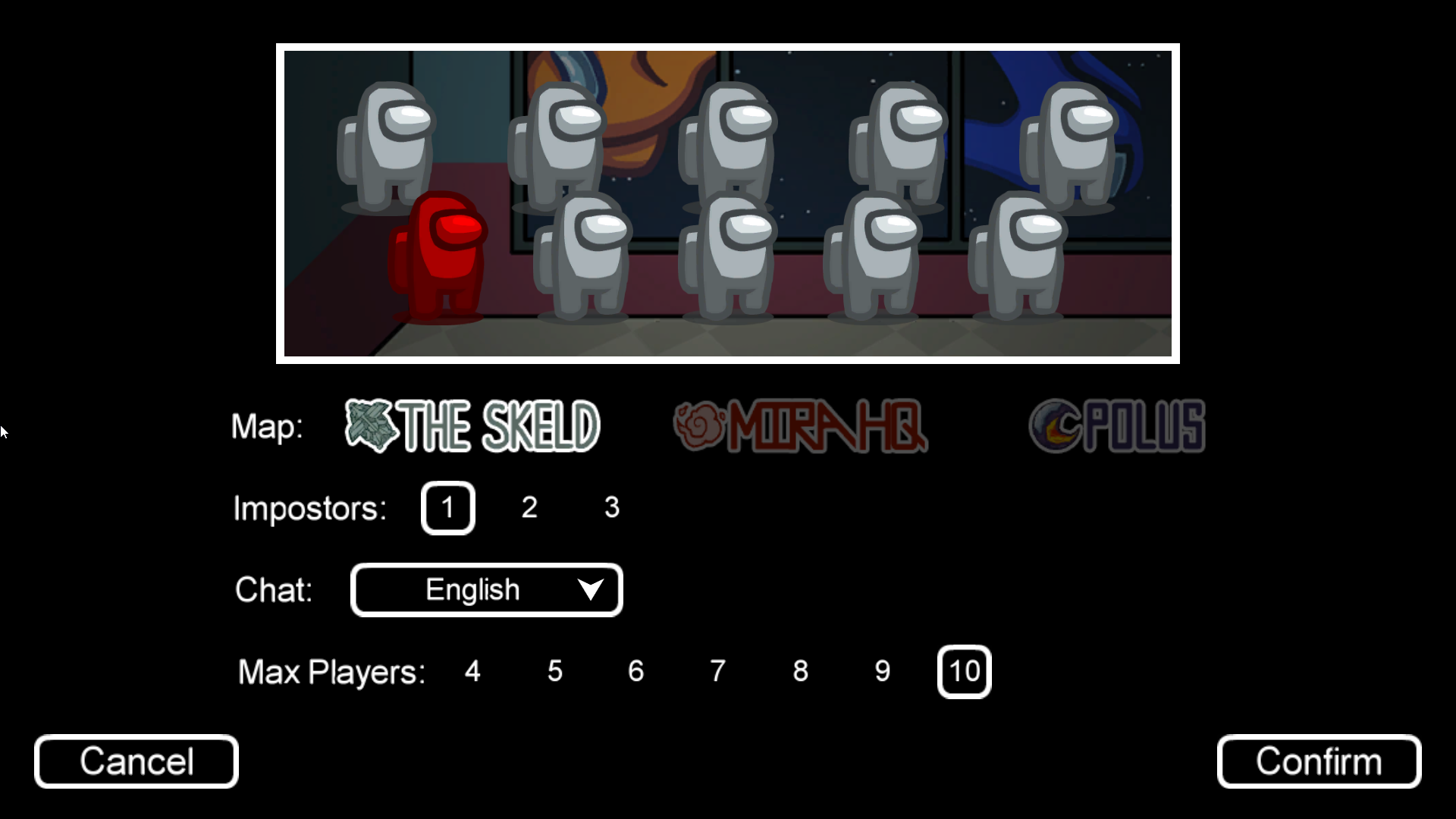 In the settings you have to choose:

There are three maps to choose from: The Skeld, Mira HQ, and Polus.

In a game, you can have up to three imposters. All games must have at least one imposter. So, you need to select the number of imposters you want to have in the game.

Players from around the world enjoy Among Us, so the developers allow chat to be in a variety of languages. You can click on the chat button to select the common language of the game.

Once you are done with the game settings you can click the Confirm button to enter the spaceship.

Upon entering the spaceship, you can see the tab at the bottom indicate that the game is a private one. Next to the tab, you will see a Code. You have to share that code with your friends so that they can join the game. 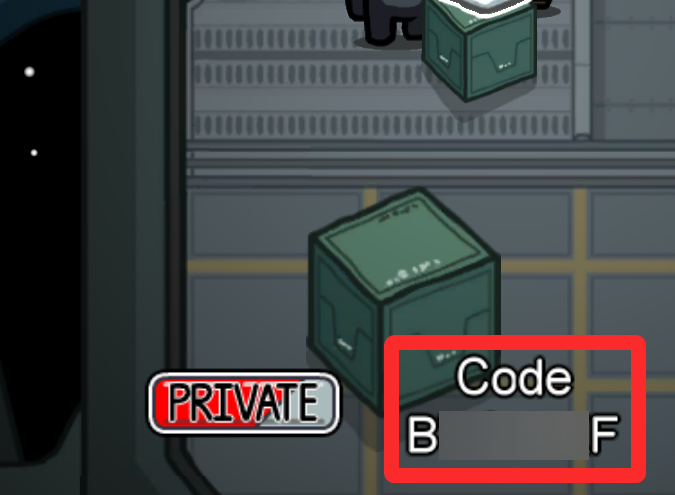 Now that you have created your private game all you need to do is wait for your friends to join in.

By following the above steps you will be able to successfully create a private game. You will find yourself sitting alone in a spaceship waiting for more players to join. Since the game is private no players can join in till you share the code at the bottom of the screen.

Here are the steps your friends have to follow to join the game:

Your friends also have to download the game on their devices and start it while having a stable internet connection. Once the game is booted, they also need to hit the Online button to go to the next section.

The last of the game options on the screen will be Private. Under the segment, there will be the option to  ‘Enter Code’.

Once they click on that they have to enter the Code of your private room. The Code is in capital letters, but even if your friend types the Code in small letters it will get typed out in capitals.

Having typed down the right code they have to click the small arrow sign next to the area where the code is entered. 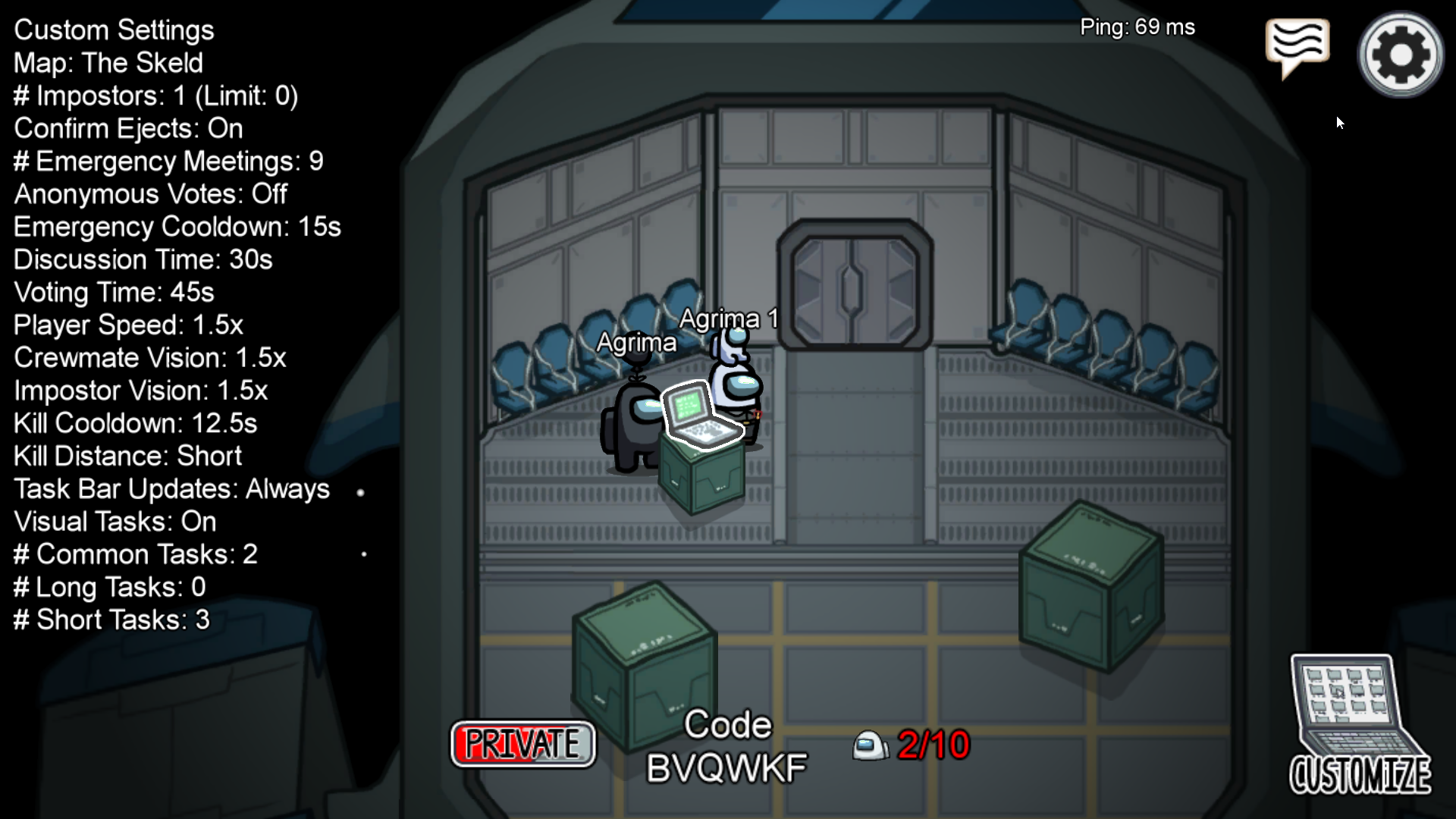 Change between private and public rooms

If some of your friends have to leave you can easily replace them with strangers as well. You can toggle the tab below to change your game from private to public. You can again revert the game to private if you wish to no longer allow strangers to join the room.

After your friends join you in the private room you can click the start button and get the game rolling. 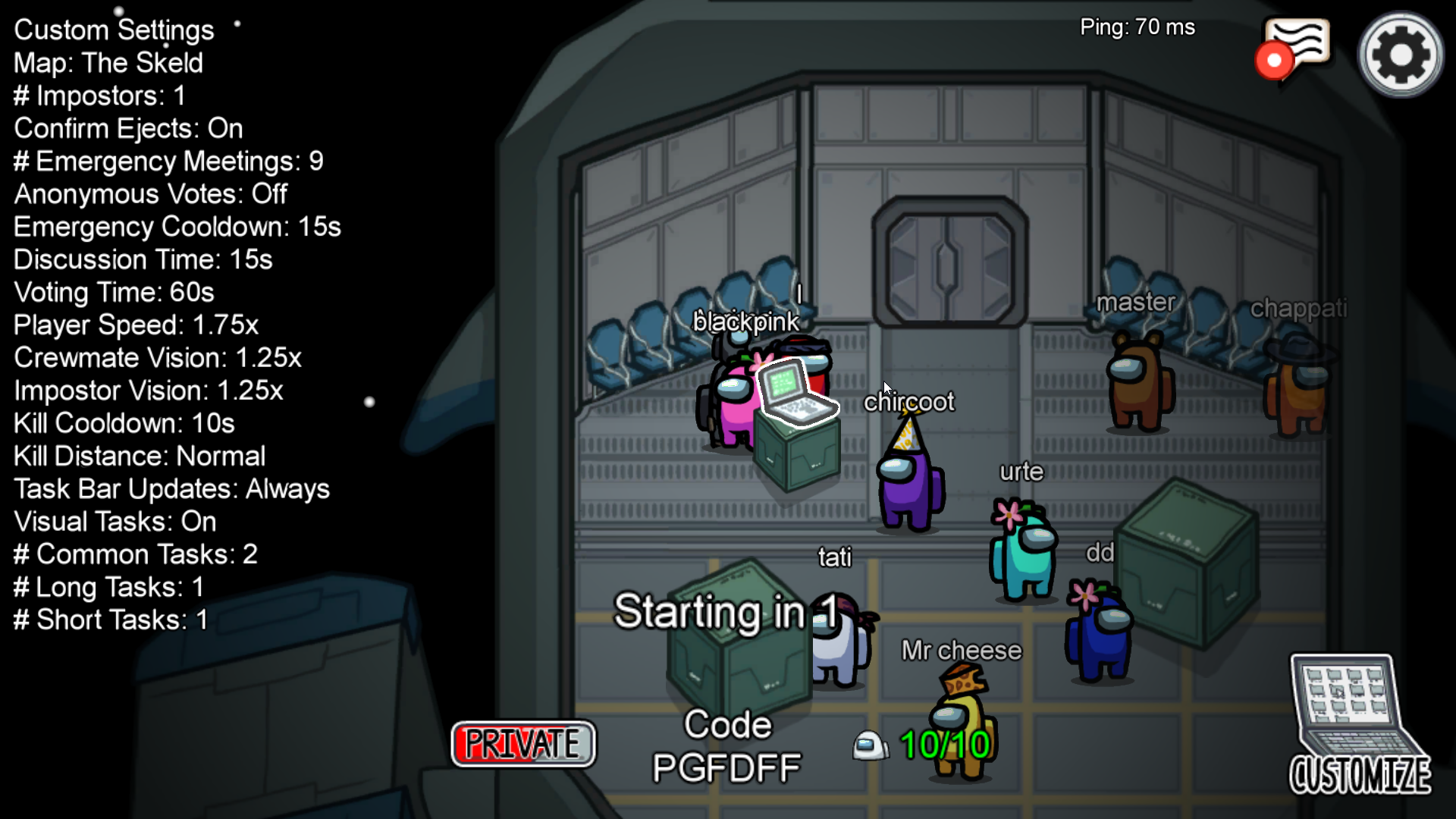 Have any thoughts or suggestions? Use the comments section below to get in touch with us.

Spotify Stories: Why This Sounds Boring

Leveling Up in Demon Souls: 5 Things to Know