Samsung may not have been the first to adopt the 18:9 aspect ratio display, but it certainly brought out the unique appeal with rounded corners on the display. Since then, the likes of Apple and even Google has replicated the same on devices like the iPhone X and the Google Pixel 2 XL, and it certainly has a rich appeal to it.

There have been multiple attempts to bring the beautiful element of rounded corners to even devices that don’t have them, with apps like Cornerfly. However, such apps don’t seem to work as well with the latest Android 8.0 Oreo version, but for the owners of Google Pixel 2, there is a silver lining. Since SystemUI restrictions on Android Oreo do not allow apps to draw over elements like the navigation and status bar, this made apps like Cornerfly do only half the job.

How to enable rounded corners on Google Pixel 2

The latest SystemUI APK for Google Pixel 2 and Pixel 2 XL includes a class called “RoundedCorners”, which can be edited to get rounded corners on the Google Pixel 2.

Using the command lines given down below, you can change the round size of the corner and the content padding to make sure that the elements don’t overlap when you use an app such as Cornerfly to get rounded corners.

Step 3: Use Cornerfly to get rounded corners on Google Pixel 2

With the edits made to the system, getting rounded corners is just an app away. Start off by downloading the Cornerfly app using the link given down below. 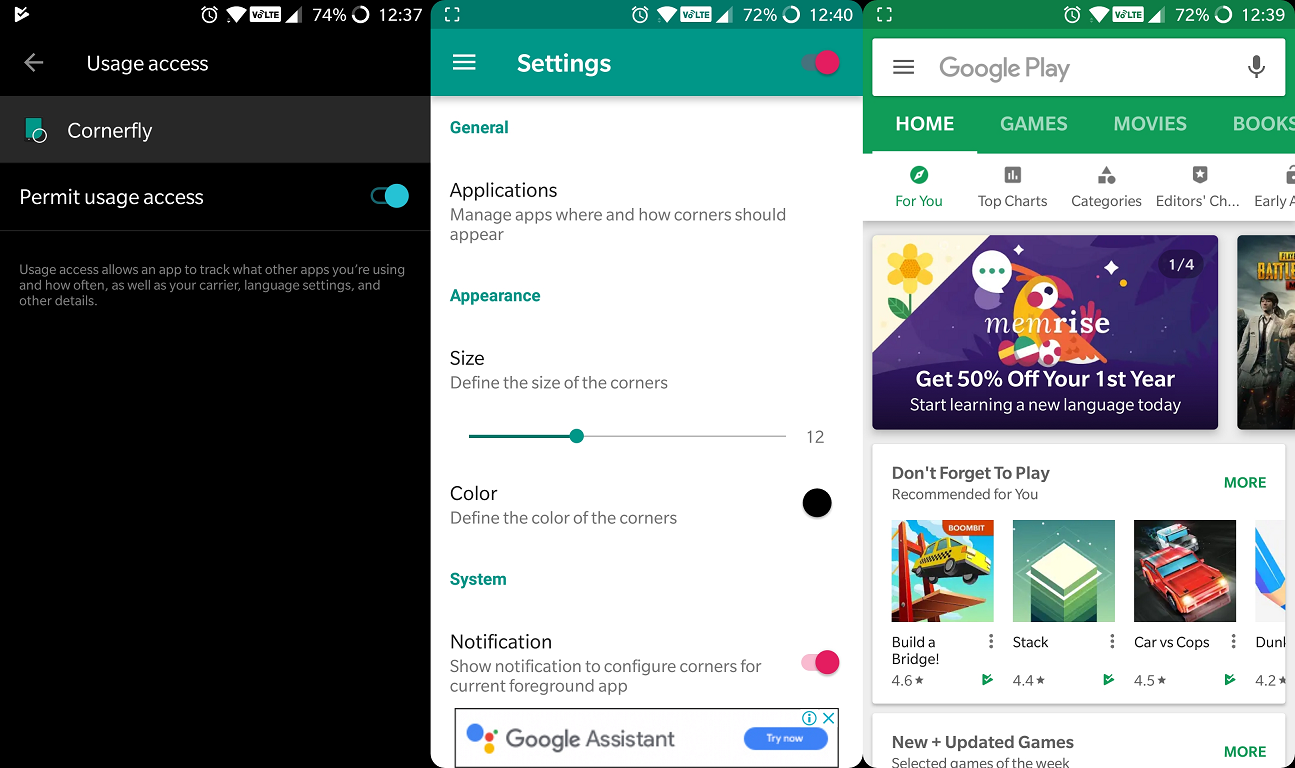 How to remove root from Project Treble ROM