Android 7.0.1 and not Android 7.1 should be first Nougat Maintenance Release

The so called maintenance updates begin with Android 7.0 Nougat’s release, and could come as 7.0.1, or the Android 7.1.

Let’s first check out exactly what Google said about updates coming about in future.

We’re moving Nougat into a new regular maintenance schedule over the coming quarters. In fact, we’ve already started work on the first Nougat maintenance release, that will bring continued refinements and polish, and we’re planning to bring that to you this fall as a developer preview. Stay tuned!

Let’s see why Android 7.0.1 looks likely to be the next Android update that 7.1, and when it could release. 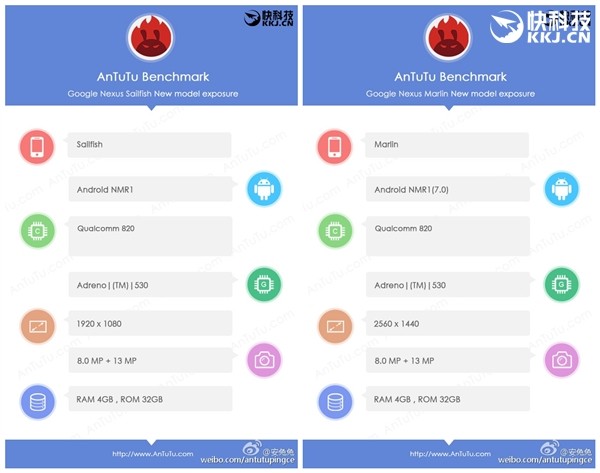 Now, even though the image above mentions 7.0 for Nexus Marlin, NMR1 is definitely not the same exact Android 7.0 build that has arrived already today on Nexus devices. It’s a maintenance update, so it has to be either of Android 7.0.1 or Android 7.1.

Let’s begin with Marshmallow. Released as Android 6.0, Google brought a new feature to Android after releasing Marshmallow, which allows users to open the camera app by pressing the power button twice. Along with that, Google also included several bug fixes, but the notable thing is, Android OS version was changed from Android 6.0 to Android 6.0.1 to reflect these changes.

Which points to lesser chances of Android NMR1 being a Android 7.1 update, and more likely to be Android 7.0.1, after all it has been clearly dubbed as maintenance update.

In the days of ICS to KitKat, we have seen Google move slowly up the Android version tree, beginning with 4.0 under ICS, followed by 4.1, 4.2 and 4.3 as JellyBean, and rounding that period of time KitKat’s 4.4. But since then, the version jump has been yearly, and full number change, with little scope for change after first decimal point since Android 5.1.1.

And we think that would continue with Nougat MR updates too, which is also why Android 7.0.1 in favor of Android 7.1. Moreover, imagining a big version change every quarter makes the whole talk about MR updates silly!

By introducing the developer preview as OTA update too earlier this year, Google surprised many, but we’ve loved it, and think the decision has gone as successful one in company’s records too. As Google has indicated that it would follow developer preview program for NMR updates, the Android 7.0.1’s launch should follow that.

The monthly updates packing in security patches won’t be part of it — thank god! — but the MR updates should be, piggybacking new little nifty features and quashing serious bugs and such.

So, when Android 7.1 update is ready with Google, or let’s say almost ready, it would be available under the beta program as developer preview. It should stay as such for a month or two, and then could be hitting as an OTA (the stable version) for all eligible users. The preview first style should allow OEMs to ready up the update pretty quickly too.

Because new Nexus devices have already leaked running Android NMR1 as OS version, we would most likely see them first of all with Android 7.0.1 build at heart.

The 2016’s Nexus devices are supposed to be launching on first of October later this year, so that’s what should be the release date we would mark for Android 7.0.1 release.

So, what are your thoughts on the whole Android Nougat Maintenance Release (NMR) thing? Do you welcome new updates — other than security bug fixers, of course — as developer preview? After all, you have the option to opt in for them under beta program, or receive them directly when ready.