The dawn of the smartphones came quite a long time back. But the best thing about this revolution was the drastic evolution in connectivity. While initially, 2G connectivity at mediocre speeds was something that made the consumer happy, things have moved on to lightning fast LTE connectivity today. And the essential thing with any smartphone today is a constant internet connection.

No different has been the change in the gaming scenario today. Availability of capable smartphones as well as equally capable internet connectivity on them has resulted in an increased demand for multiplayer games. We all know how much fun it is to connect with a social community while gaming and compare scores or, chiefly to brag our scores to them.

We know you have an idea what we are trying to state here. Yes, we have come up with our own list of the 15 best multiplayers available on Android. How could we forget to cope with the ever-increasing number of gaming enthusiasts having Android devices! Just go down here a bit and your search shall end! 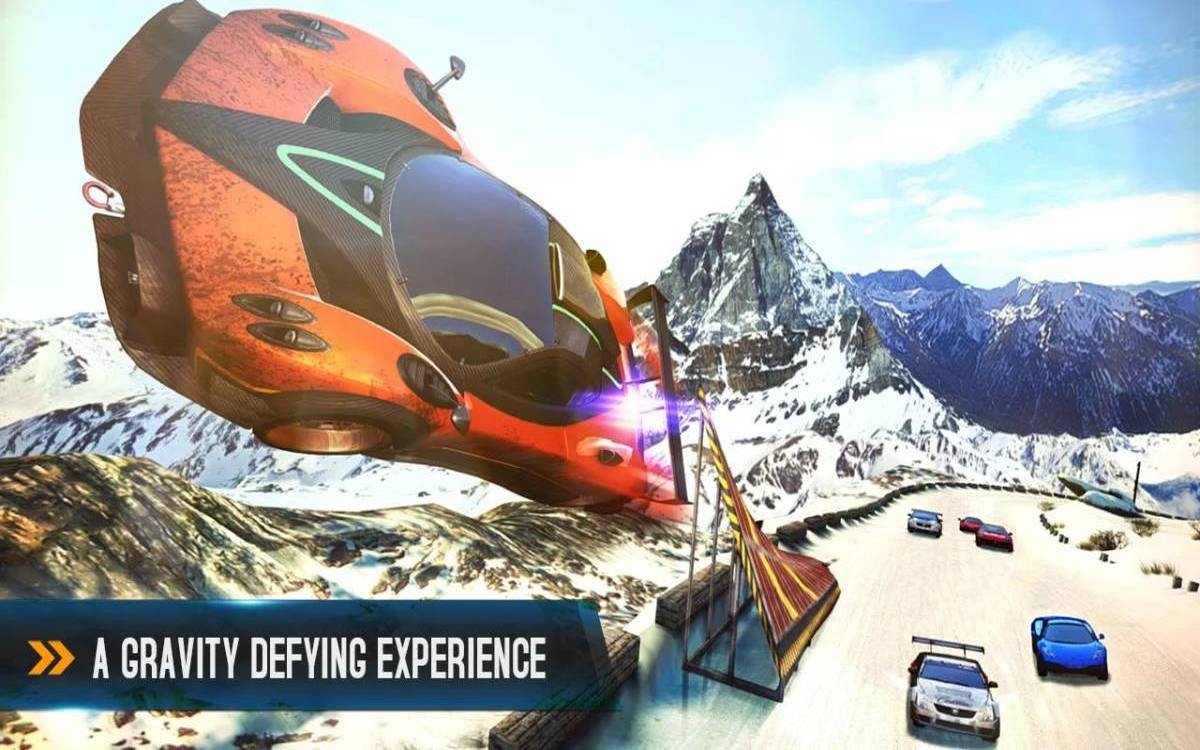 The premier smartphone racing game is back this time around with pretty nifty improvements for a racer of the arcade genre. This is one game which has seen great deal of improvement over time in-terms of visuals as well as the game play. If taking down cars, having insanely long drifts and unreal jumps do interest you like everyone else, you have got just the right single player and multiplayer experience right in the palm of your hands. Head over the link to download it for free! 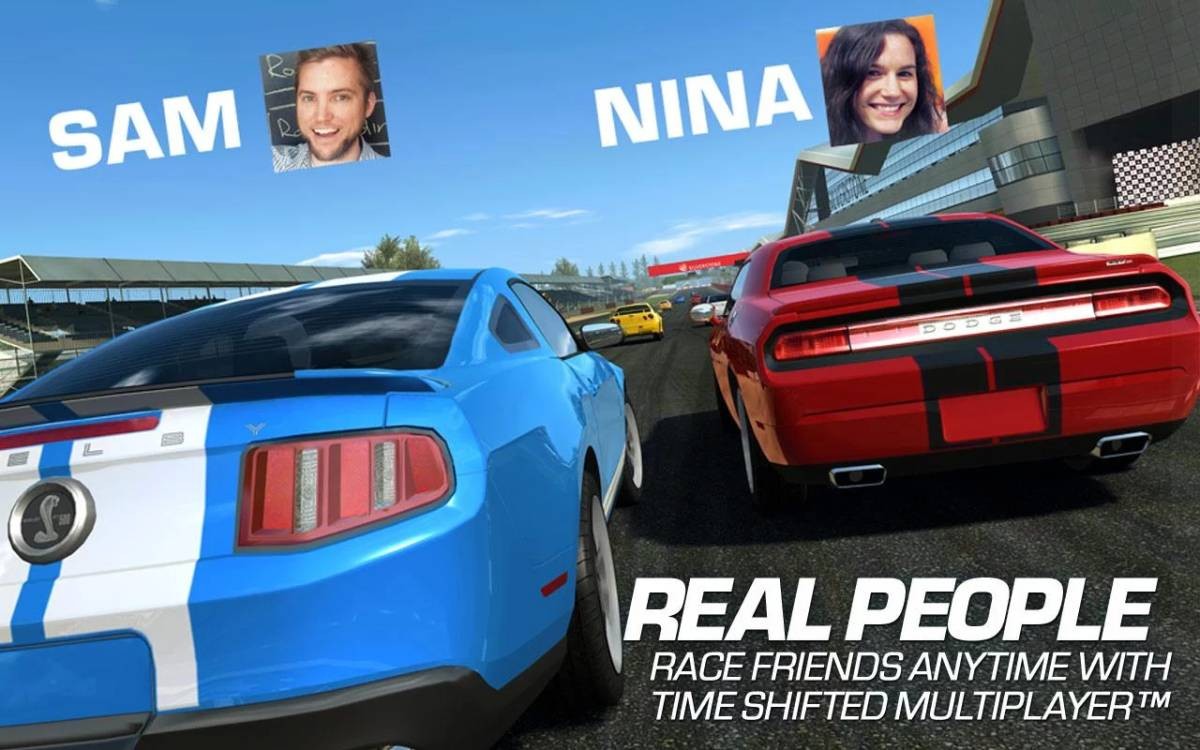 So you have the latest high end smartphone with a full HD screen, monstrous processor and et al; and you are searching for a game to show-off your device’s prowess? Look no further! The Real Racing franchise has always been among the best when it comes to cutting edge graphics and realistic gameplay– so much so, that the latest iteration can even be compared to certain console titles. The time-shifted multiplayer is a clever addition to the game while the free-to-play model has expanded its reach. 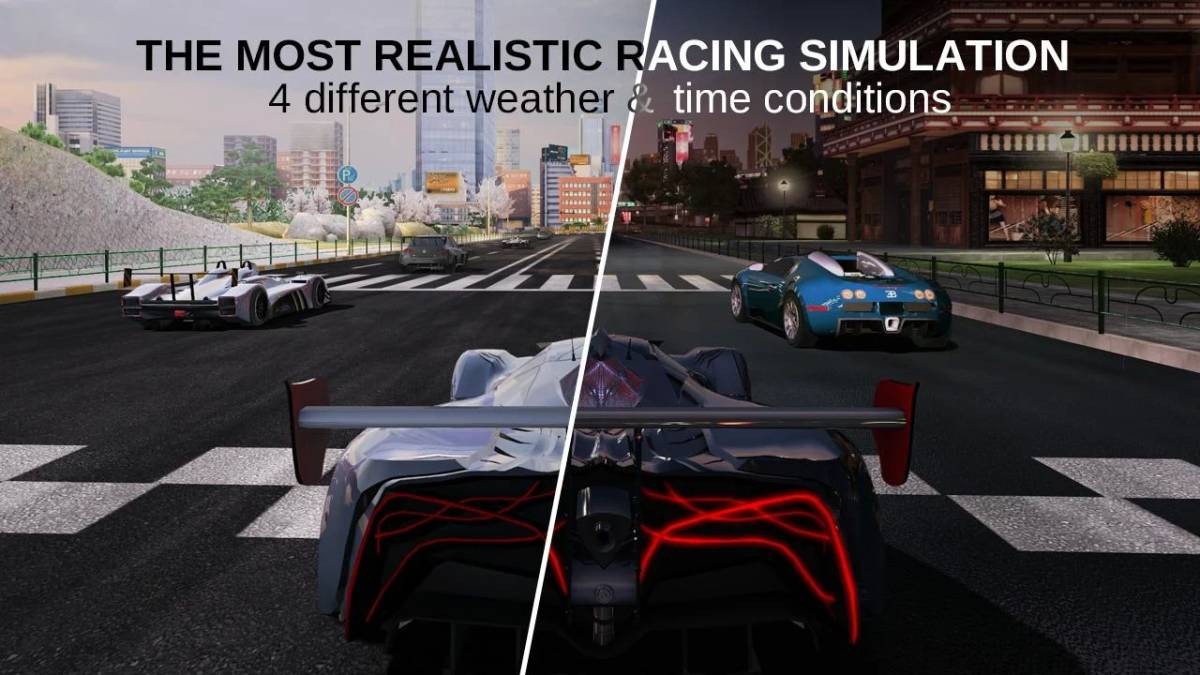 Gameloft is a giant when it comes to game production houses in the mobile arena. And this title reinstates the above-mentioned fact furthermore. The graphics are top notch, the gameplay is realistic, the in-game audio is impressive and the environment too is good. The best aspect of the game is that it’s free and yet doesn’t have any hindrances when it comes to repair times, or car purchases. 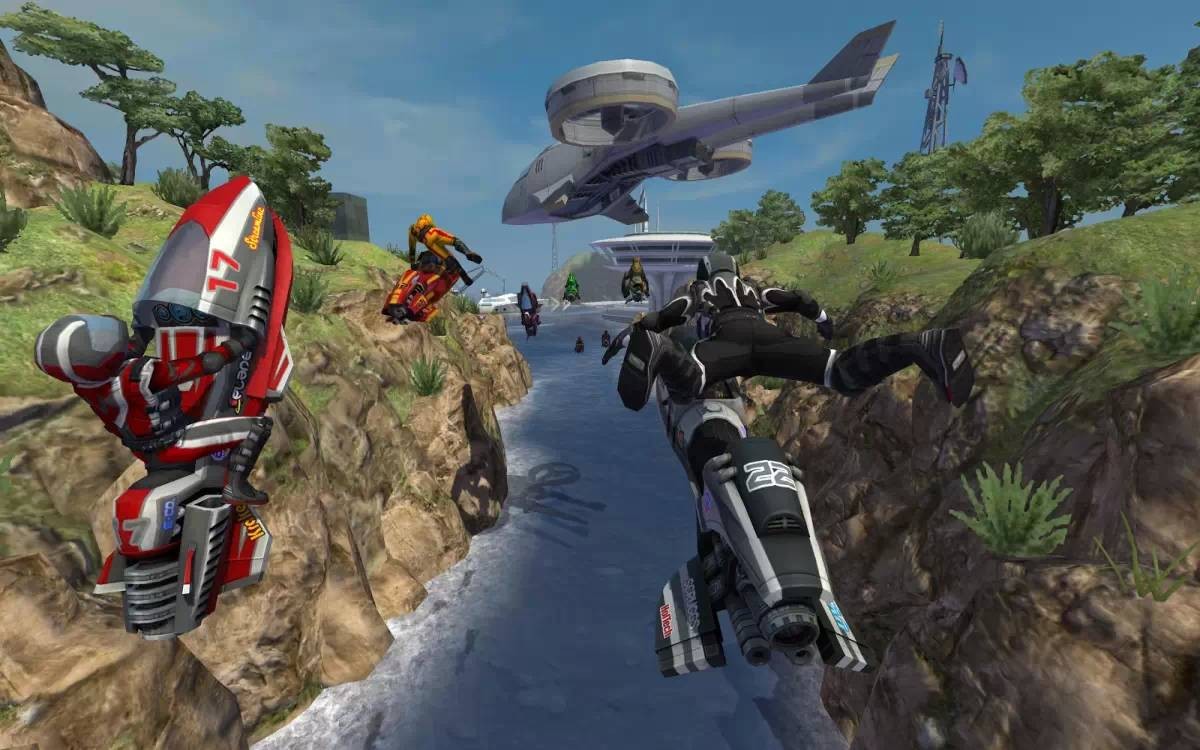 When the first game in the Riptide series came, the android gaming ecosystem was yet to witness games which could harness the growing power of the devices or the ecosystem. It was a pleasant surprise to see a console-quality title on mobile devices. The second game built upon the first’s strengths while introducing a better multi-player experience. The game is also optimised for high-end devices with extra effects and graphical elements. Go on, to give your eyes a treat! 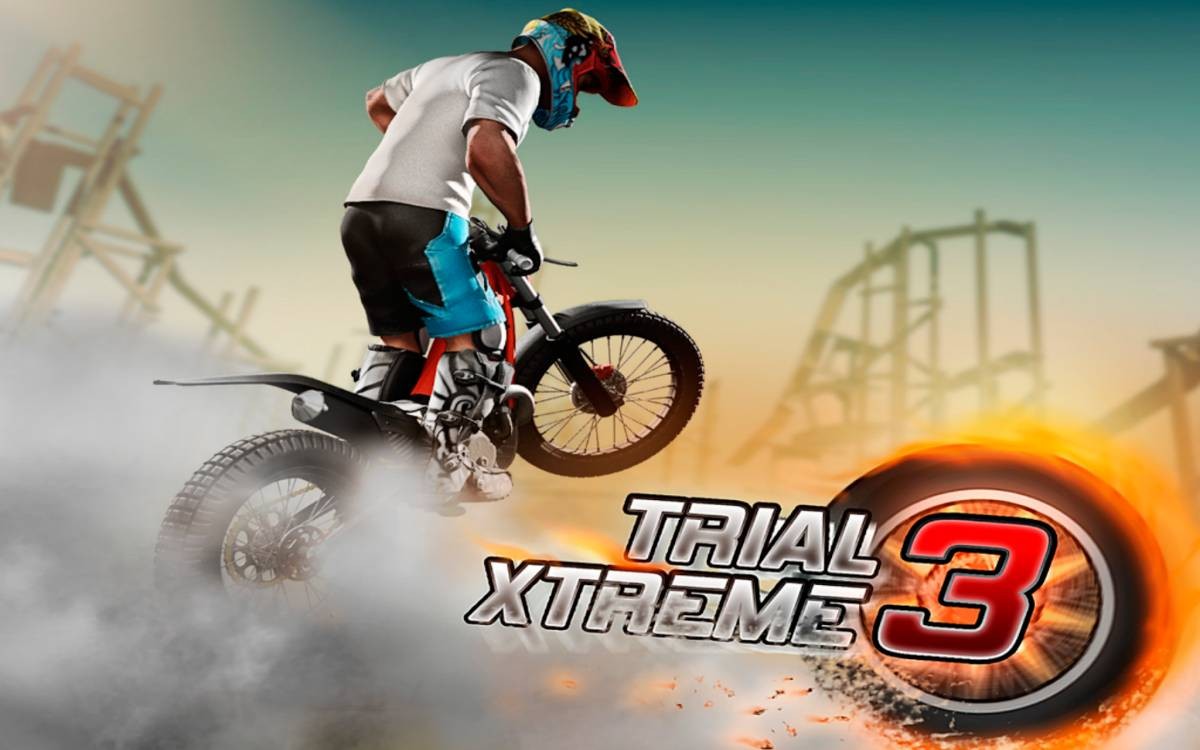 Like dirt bikes, long jumps and insane stunts? Then this is a game made specifically for people having your kind of taste. It is a physics based stunt platformer with reasonably good graphics and challenging gameplay. You can also compare your scores with friends from facebook. And the best part is, it’s free! 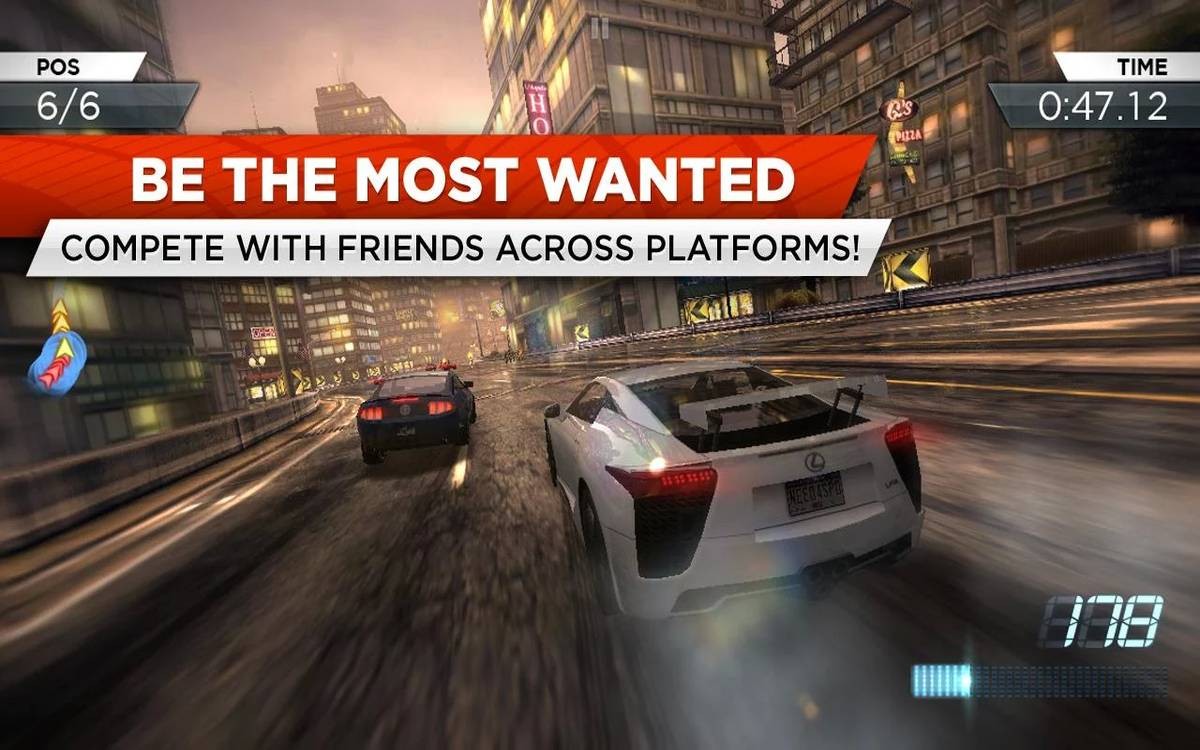 Need for Speed Most Wanted

When this game came out more than an year ago, it pushed the limits of mobile graphics so much so that everyone marvelled at this arcade racer’s beauty. The gameplay is fast and action-packed at the same time while the most wanted friends’ leaderboard also helps in giving an immersive experience. Everything about this game screams quality! EA Origin online community is integrated into the game much like the game’s PC counterpart. The game is also cheaper now than the price it was originally launched with. 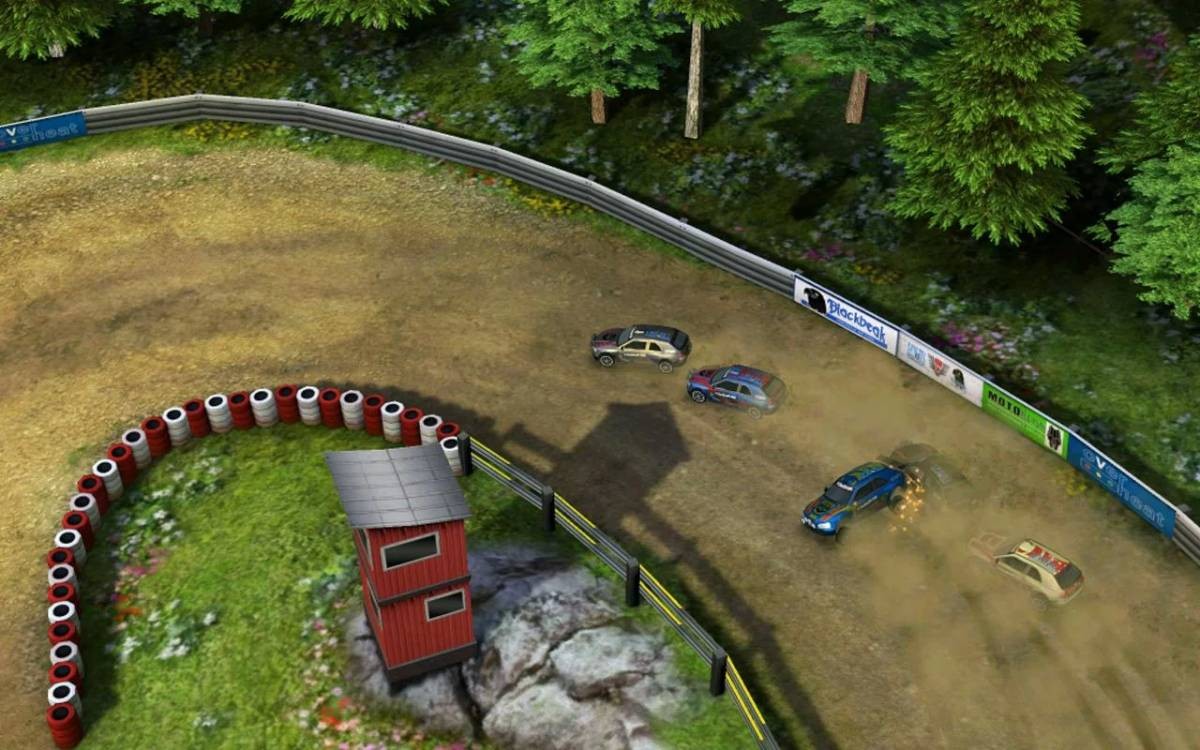 Reckless Racing 2 is the second installment in a gaming series comprising of beautiful graphics in a third person racing and drifting act. The game concentrates on visually pleasing environmental elements to produce an enjoyable experience. There is also an online multiplayer, leaderboards and even downloadable ghost cars to add to the experience. 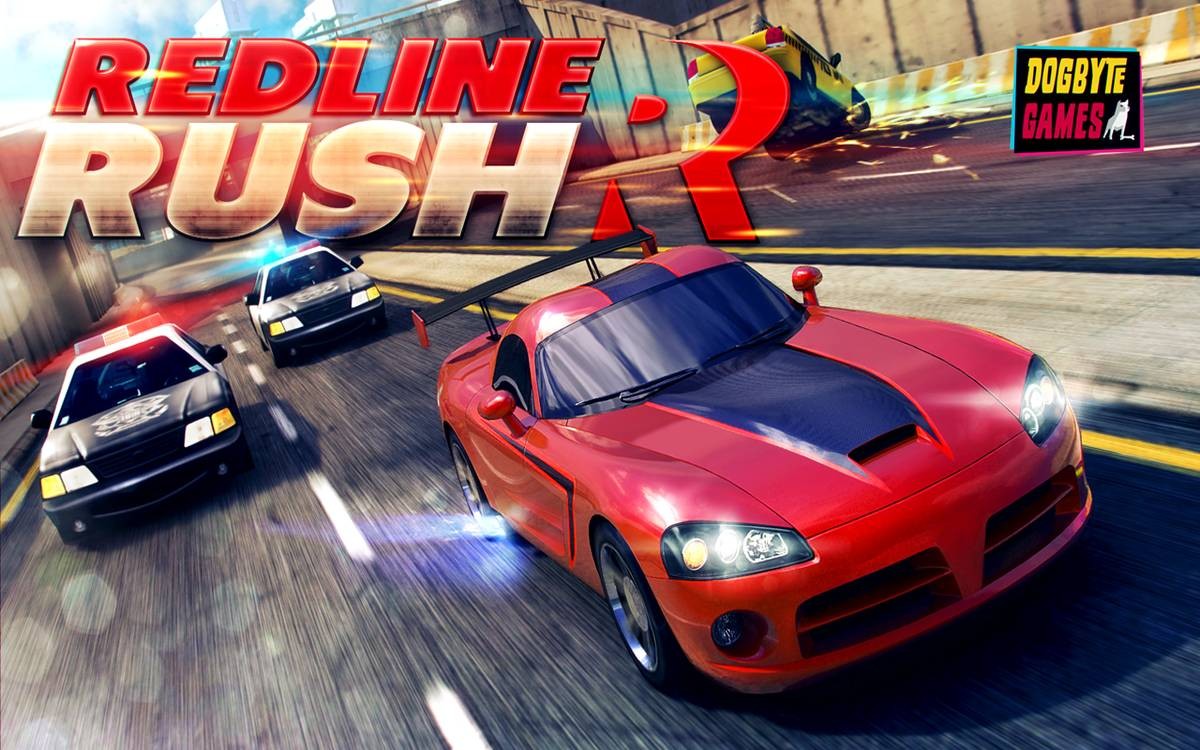 “We are fed-up of endless-runners”; some of you say. “So how about an endless racer?” We ask! Redline Rush is one such game where you are supposed to avoid traffic and the cops to go as far as you can. The visuals are reasonably good for a simple game with a light memory footprint. There is cloud integration for online leaderboards too. 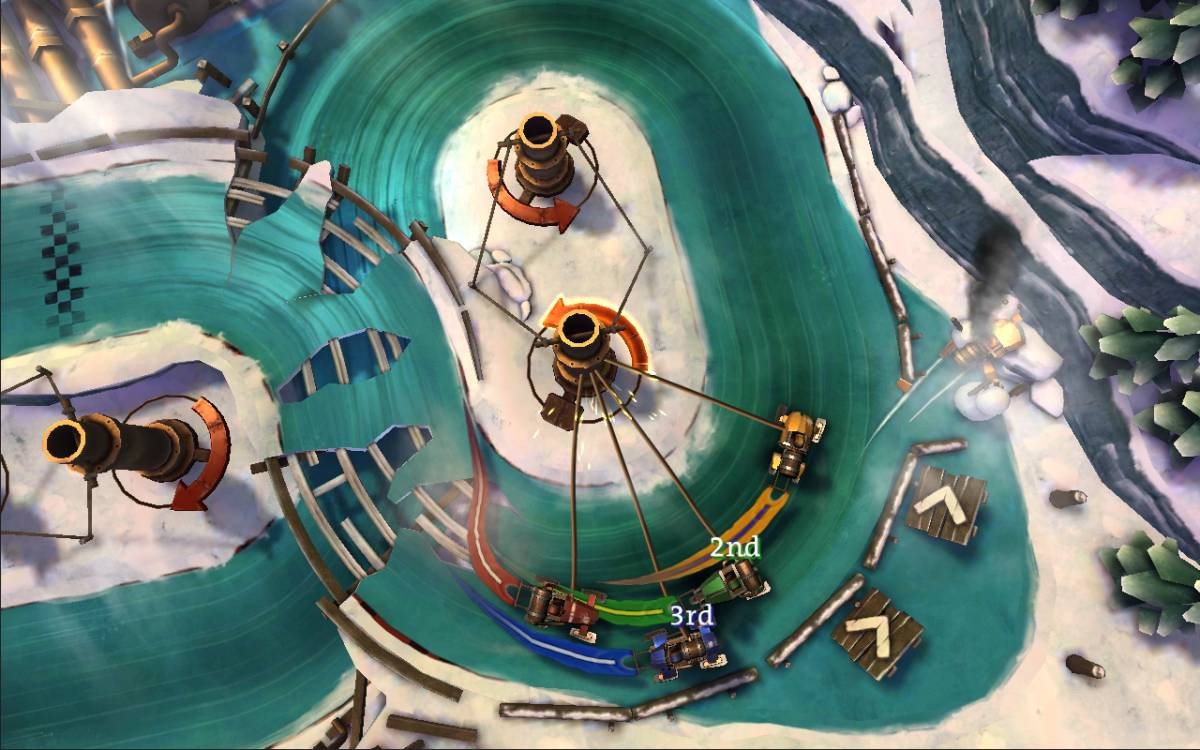 This game is unique. Think about racing carts, then think about slingshots; now combine them together. Confused? Slingshot racing is a game comprising of racing carts which have to be guided on the track by attaching a slingshot to various points on it. The gameplay is simpler than it sounds and the particle effects are notably good. 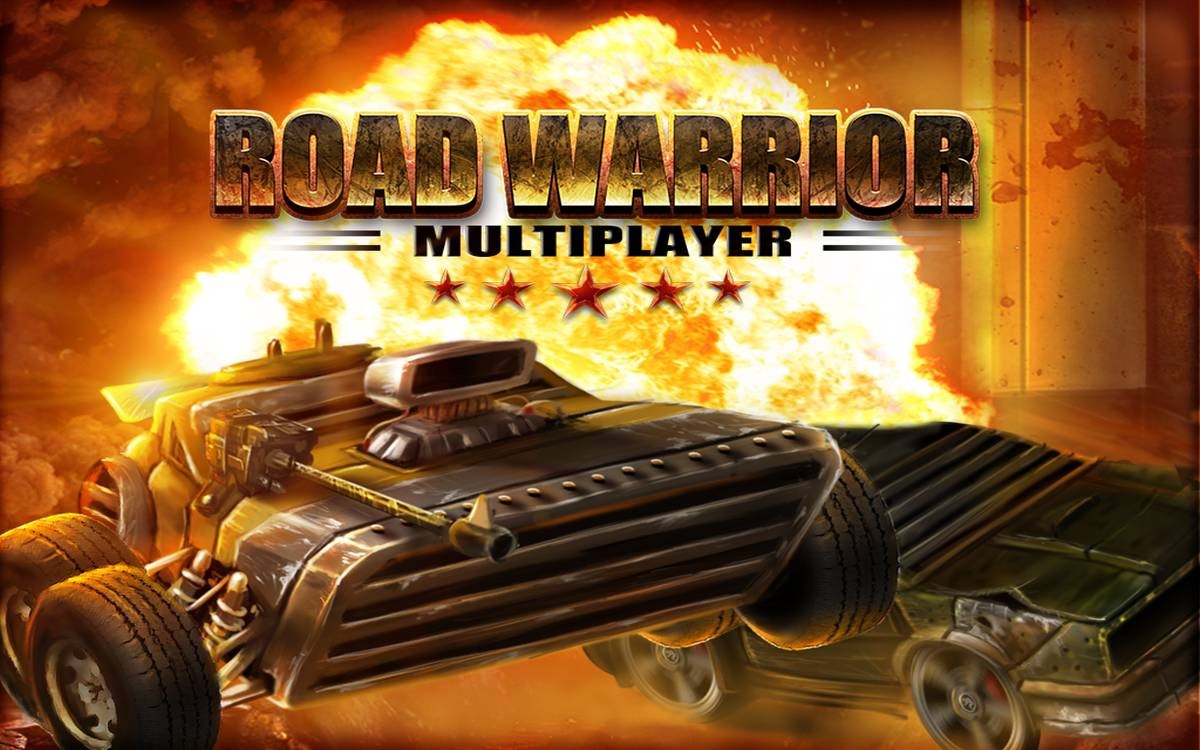 This is a post apocalyptic era themed game with guns, trucks and cars. It is a side-scroller with the main aim of destroying your opponents and completing the races in style. The graphics are retro-like with various 2D and 3D elements and rust colored level design. The game is free to download from the Play Store. 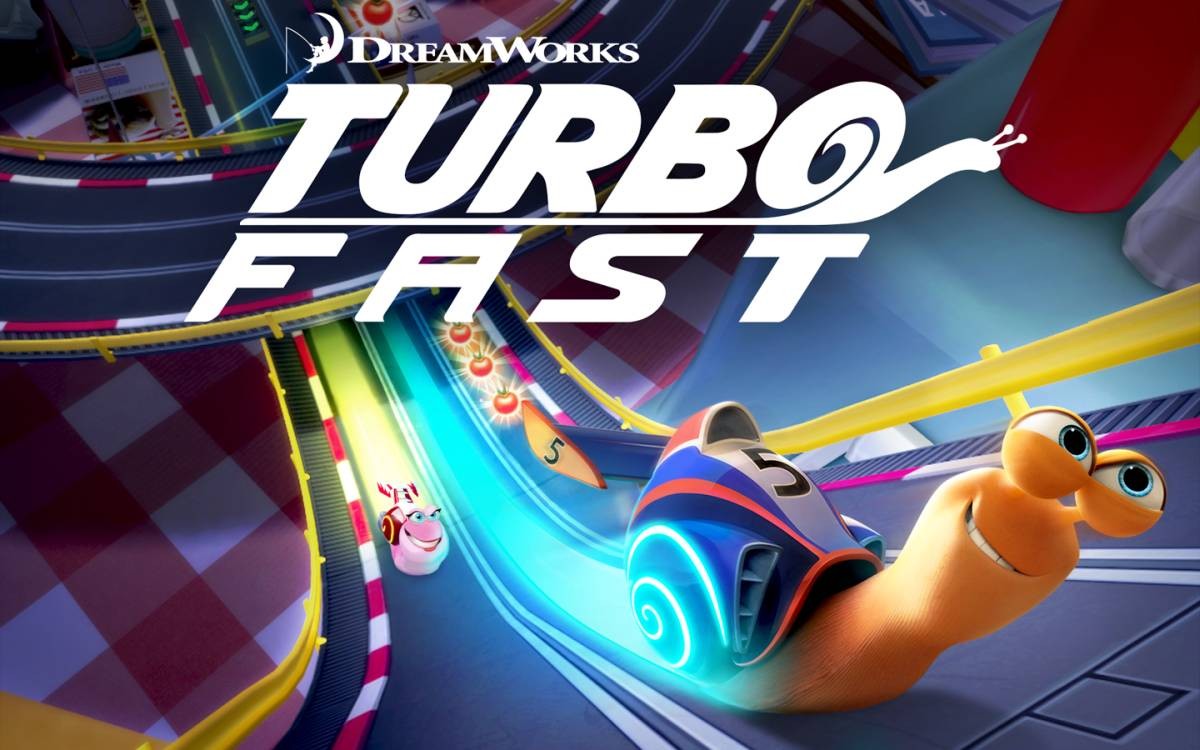 When the movie of the same name came, it smashed the existence of various antonyms with a snail which could ‘crawl’ at smashing speeds. The game too lives upto your unexpectations with the same main theme. The in-game animations and graphics resemble the movie to a great extent. Here, instead of upgrading your drive, you’ll be upgrading your shell and instead of driving, you obviously would be sliding your way through the track. Re-Volt 2 is basically a toy-car racing genre game and comprises of miniature cars with a good third person view. The graphics are not too demanding yet good enough. It is an RC racing game, as the developer suggests. There is a good single-player system with changeable car skins and a wide array of tracks. There is an online multi-player mode too with weekly races as well. The game is available for free on the Play store. 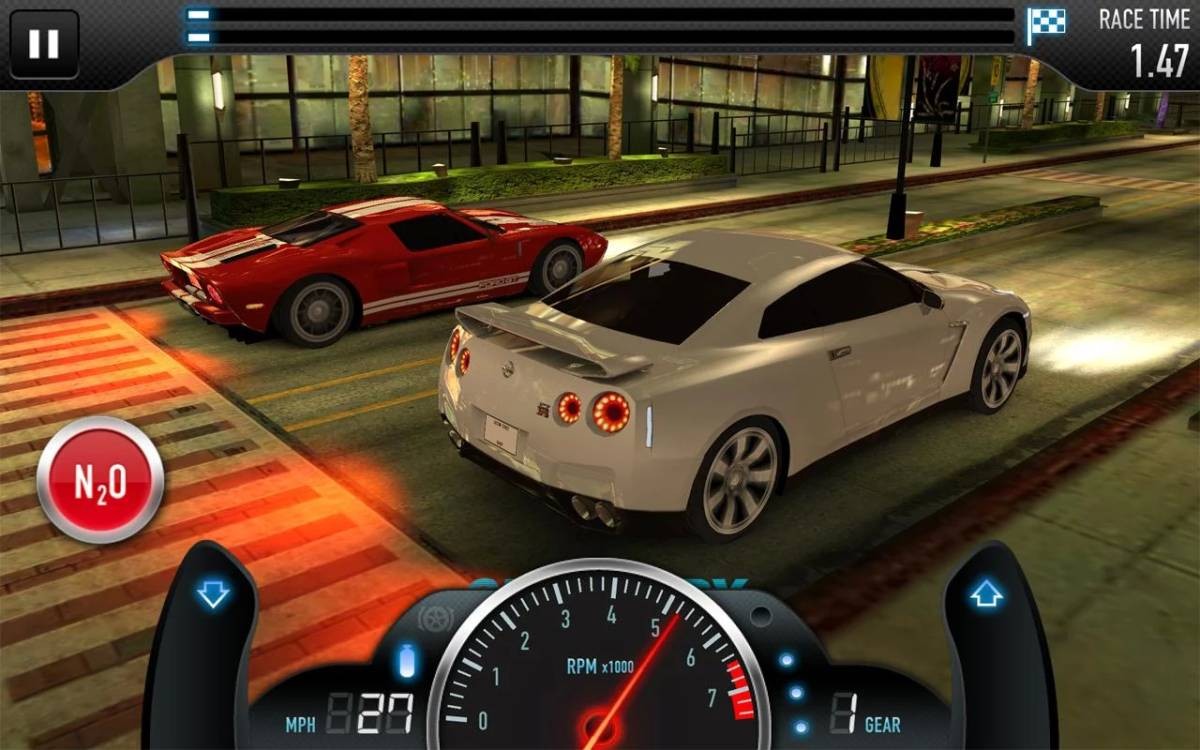 CSR Racing is one game with stunning visual quality and beautiful reflections all over. The cars are as realistic as can be on a mobile device. The game requires precise controls for gear shifts to race ahead of your opponent. There is a head-to-head multiplayer racing mode too which is nothing less than impressive. There are numerous customization options for your ride and cars from most major car-manufacturers around the globe are present. Still, the best thing about this game is that it doesn’t costs a dime on the Play store! 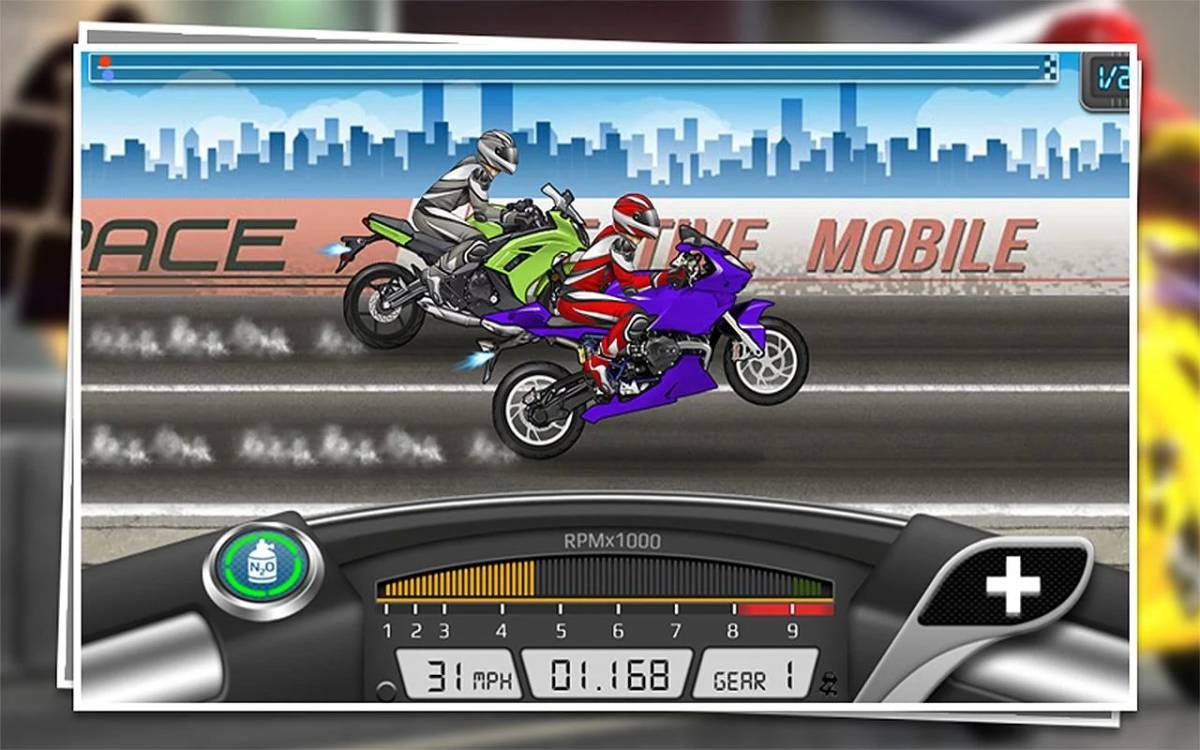 This is a drag racing game with bikes instead of cars but we definitely aren’t complaining! There is a plethora of superbikes to select from with various tuning options and upgradeable components. The presence online leaderboards is a good addition for an extended sense oof competition. 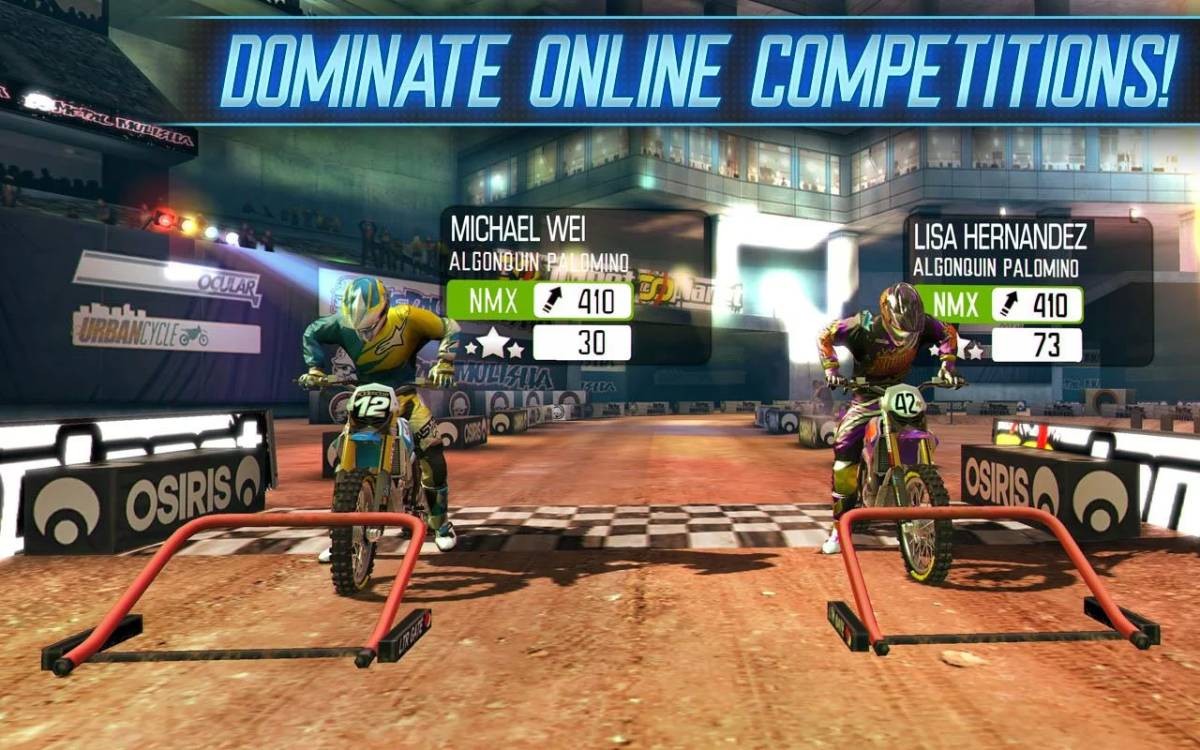 How about some dirt-bike racing? MotoCross Meltdown is one of the best games of the genre as it provides you almost every experience on the track- stunts, neck to neck races, and what not! The gameplay is quite smooth and the online competitions are good too. There are ride customization options too. Click on the link to download it for free!

If you’ve any suggestions or questions, feel free to let us know in comments below. 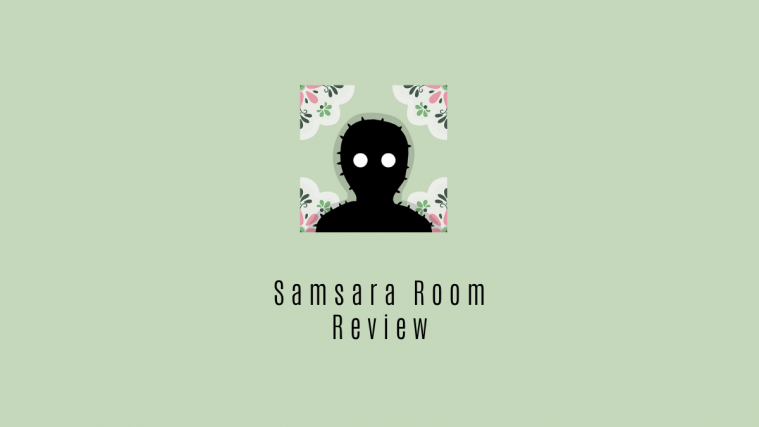