How to force get dark mode on Gmail?

Google has officially unveiled Android 10, and users have finally started testing the standout features of the OS. Feature-wise, there’s a lot to talk about, but if there’s one thing that has caught our attention the most, that has got to be Google’s decision of finally bundling in a system-wide dark mode.

Frustratingly enough, the American tech powerhouse failed to dress a big chunk of its popular apps in black, with Google app, Play Store, Maps, and Gmail, all sticking to their lighter accents. (Update, Sept 13: Play Store and Google app are now available in dark mode for some users.)

Now, after listening to users whine about it since launch, Google has finally taken it upon themselves to remedy the situation, rolling out the dark mode update to Gmail. The highly-anticipated update is being released server-side to a handful of users on v2019.08.18.267. 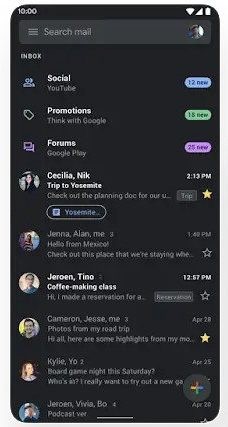 Upon updating, users will get a new Theme option under the General settings menu. Tapping on Theme will grant them the option to pick from Light, Dark, or System default.

As it’s an incremental update, it could take a few days for your Android 10 device to get it. If you can’t bear to wait patiently for your smartphone to get the automatic update, there’s a workaround you could try.

How to force enable dark mode on Gmail 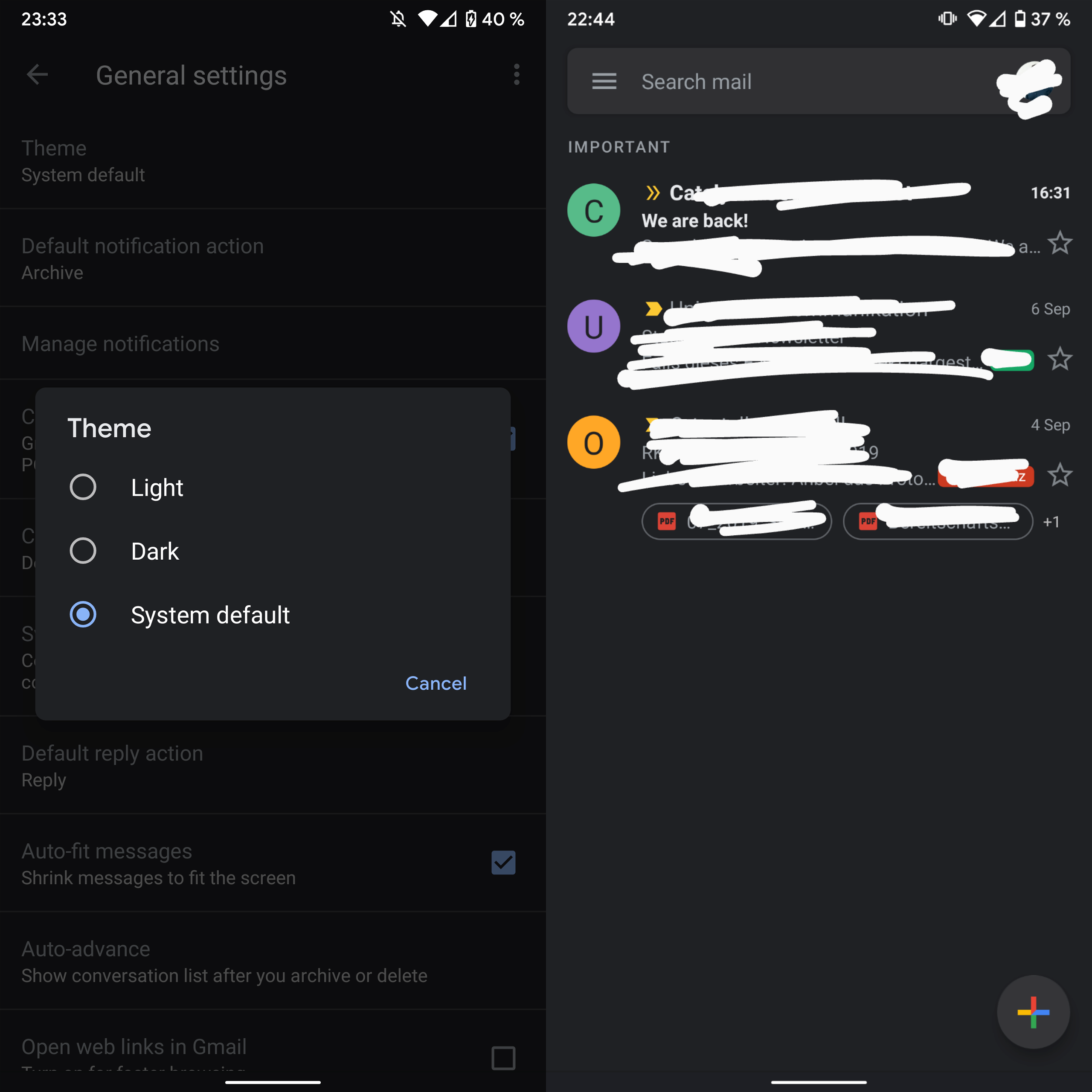 According to a Reddit user, you could get the update super fast if you have a rooted device. yes, you would need root access on your device to be able to do this.

Step 3: Look for DarkThemeSupport and change to True. Save it.

Step 5: After you reopen, Theme should now be under General Settings. Enable the dark mode now from there.

Do you like the Dark theme on your Gmail app?

How to use Focus mode